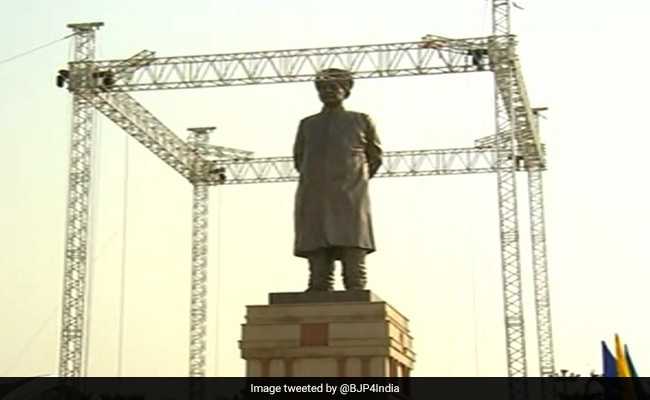 Over 5,500 farmers contributed iron for the 64-feet-tall statue of Sir Chhotu Ram

Prime Minister Narendra Modi unveiled a 64-feet-tall statue of peasant leader Sir Chhotu Ram at his native village Sampla in Haryana's Rohtak district today. The Prime Minister also used the occasion to showcase the steps his government has taken for the welfare of farmers.

"Our government has initiated PM-AASHA (scheme), under which the government will compensate farmers if they do not get proper prices for their crops in the market," he said.

"We are working to ensure that farmers get proper prices for their crops, they are given insurance for losses caused due to the weather, they get urea according to their requirement and that the soil remains healthy," he further stressed.

He also claimed that the government has worked to provide easy credit and banking services to farmers. 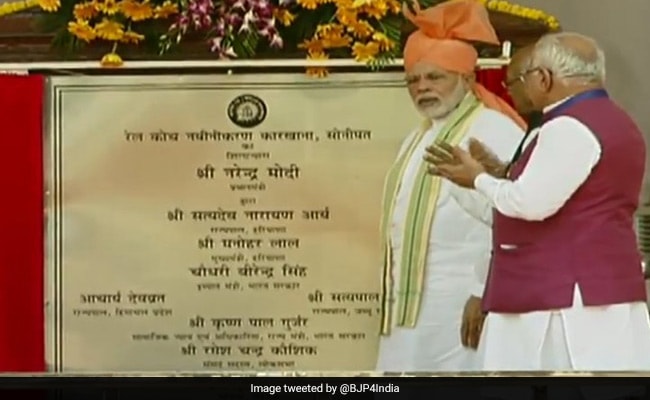 The Prime Minister also recalled his stint in Haryana as the BJP's state in-charge in the 1990s.

"I had the good fortune of working in Haryana for some years. There would hardly be a day when I didn't come across someone who praised Sir Chhotu Ram and what he did for farmers," he said.

Prime Minister Modi's emphasis on the legacy of Sir Chhotu Ram is politically significant in two ways. First, since Sir Chhotu Ram is one of the most respected historical figures of the Jat community, the Prime Minister's comments could be aimed at the sizable number of Jat voters in Rajasthan, where voting will be held in December.

After unveiling Sir Chhotu Ram's statue, the Prime Minister paid floral tribute to the peasant leader and visited a museum built in his memory. There, he watched a four-minute documentary on the life of Sir Chhotu Ram.

The 64-feet-tall statue has been sculpted by renowned sculptor and Padma Bhushan-recipient Ram Vanji Sutar. As many as 5,500 farmers from Haryana donated iron metal for the construction of the statue. Besides unveiling the statue, Prime Minister Modi also inaugurated a rail coach factory in Haryana's Sonipat.