Prime Minister Narendra Modi will leave for a two-nation tour of Indonesia and Singapore tomorrow with an aim to boost ties in several key sectors, including defence and trade. 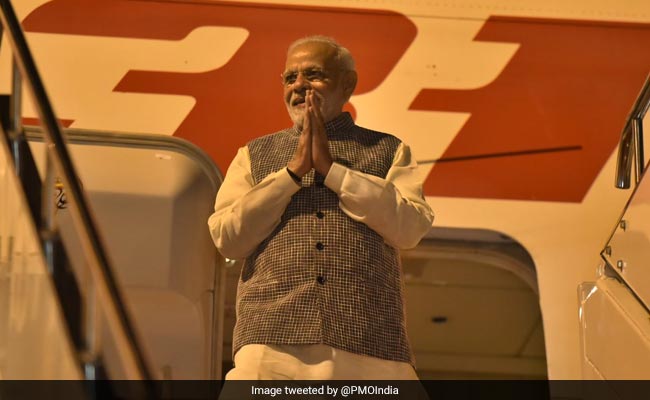 New Delhi: Prime Minister Narendra Modi will make a brief stopover in Kuala Lumpur on Thursday on his way back from Indonesia during which he will meet his newly elected Malaysian counterpart Mahathir Mohammad.

PM Modi will leave for a two-nation tour of Indonesia and Singapore tomorrow with an aim to boost ties in several key sectors, including defence and trade.

His first destination will be Indonesia from where he will travel to Singapore on Thursday.

"He will also make a brief stopover in Kuala Lumpur, Malaysia on May 31 to meet the newly elected Prime Minister of Malaysia Dr Mahathir Mohammad," the External Affairs Ministry said.

Ninety-two-year-old Mahathir Mohammad was sworn in as Malaysia's prime minister on May 10 after leading the opposition alliance to a stunning election victory over the Barisan Nasional (BN) coalition, which had ruled Malaysia since 1957.

During their meeting, PM Modi and Prime Minister Mohammad are expected to deliberate on ways to deepen bilateral relationship in a range of areas, including trade and investment.

The prime minister's official engagements in Jakarta and Singapore include bilateral meetings with the leadership of the two countries, delegation level talks, and meetings with the business and Indian communities.

In Singapore, PM Modi will deliver the key-note address at the 17th Shangri-la Dialogue.

Promoted
Listen to the latest songs, only on JioSaavn.com
"Indonesia, Malaysia and Singapore, three countries in ASEAN, are strategic Partners of India. Government of India attaches high importance to its relations with the ASEAN region and is committed to deepening its relationship with individual ASEAN member states, within the framework of Government's Act East Policy," the ministry said.

It said the visit would enable the leaders to discuss bilateral, regional and international issues of mutual interest.