Kanhaiya Kumar, Hardik Patel and Jignesh Mevani were taking part in an event in Gujarat Chief Minister Vijay Rupani's hometown Rajkot under the banner of Team Indranil for You group of former Congress legislator Indranil Rajyaguru. 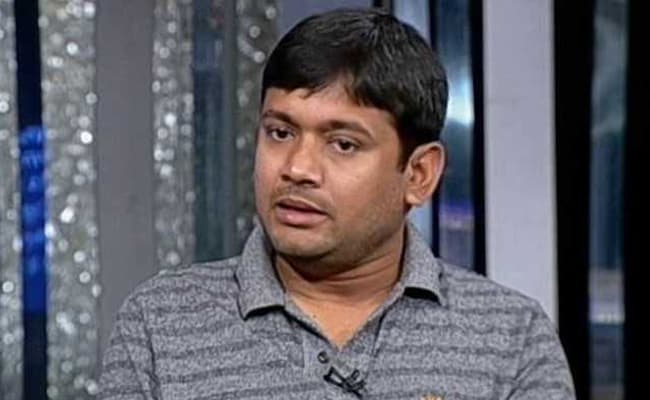 They were taking part in an event in Gujarat Chief Minister Vijay Rupani's hometown Rajkot under the banner of Team Indranil for You group of former Congress legislator Indranil Rajyaguru.

"You can see how constitutional institutions are being destroyed," he said, expressing wonder how the Bharatiya Janata Party's IT cell head comes to know about the date of an election before the Election Commission declares it.

"Where was the ED for five years? This is not to give clean chit to anyone, but to explain how institutions are being misused. CBI is fighting CBI and Modi's favourite (Nageshwar) Rao is punished by the Supreme Court," he added.

He said governments are chosen for setting up schools and hospitals, providing jobs to the people, "but when we ask questions on this his (PM's) people start coming and intimidating us".

On his visit, Mr Kumar said, "For the past couple of months we are going to different parts of the country to carry out a programme called 'Samvidhan Bachao, Desh Bachao'. And our motto is 'Jai Jawan, Jai Kisan, Jai Samvidhan'".

It's sad that the government is feeling frightened by our campaign, he added.

He dismissed charges of sedition against him for allegedly raising "anti-national" slogans at an event at JNU three years back.

"More than a dozen of my family members are serving in the defence forces. One of my cousins who was in the CRPF, died a martyrs death recently. My late grandfather was a freedom fighter. These facts are difficult for any government to hide, but they are framing me as an anti-national," he said.

About contesting elections, Mr Kumar said he was yet to decide on this. But Mr Patel asserted that he would certainly contest elections, but was yet to make up his mind on the party or the constituency."

Mr Mevani, an Independent MLA from Vadgam constituency in north Gujarat, said he had no plans to contest the forthcoming Lok Sabha elections.