Rajiv Kumar will continue as vice-chairman of the body, along with other full-time members V K Saraswat, Ramesh Chand, and V K Paul, an official statement said. 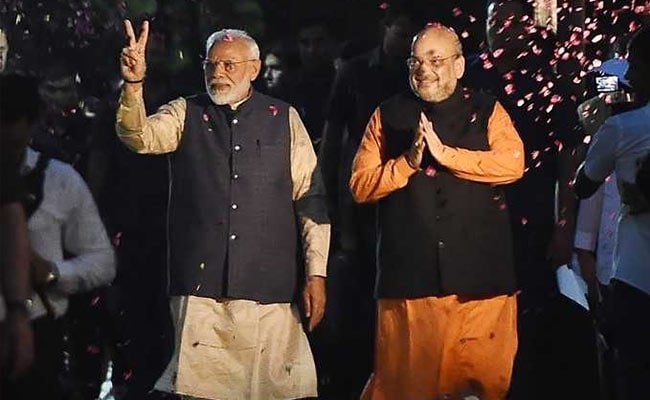 Rajiv Kumar will continue as vice-chairman of the body, along with other full-time members V K Saraswat, Ramesh Chand and V K Paul, an official statement said.

Debroy was appointed full-time member when the Aaayog was formed via a resolution of the Union Cabinet on January 1, 2015.

Niti Aayog is the premier policy think tank of the government and provides both "directional and policy inputs".

While designing strategic and long term policies and programmes for the Central government, it also provides relevant technical advice to the Centre and states. The Aayog was set up in 2015 after replacing Planning Commission, a vestige of the socialist era.

Arvind Panagariya was the first vice-chairman of the Aayog. He was replaced by Mr Kumar in September 2017.

Mr Kumar holds a PhD in Economics from Lucknow University and a DPhil from Oxford University. In the government, he was Economic Advisor with Department of Economic Affairs and Senior Consultant at the Bureau of Industrial Costs and Prices (BICP), Ministry of Industry.

He was Principal Economist at the Asian Development Bank, Manila where he spent 10 years. He has also been Chief Economist at CII and Secretary General of FICCI.

Saraswat, a Master of Engineering from IISc Bangalore, holds a PhD from Osmania University.

He has been credited with the development of Liquid Propulsion Rocket Engines and missiles namely Prithvi, Dhanush, Prahaar indigenously.

Prior to his appointment at Niti Aayog, Paul was a member of the faculty at the All India Institute of Medical Sciences, New Delhi for over 32 years and Head of the Department of Pediatrics for nearly a decade.

This will be the first governing council meeting under the new Modi government.