In the third Town Hall of our four-part series, Prannoy Roy discusses what's next for India, in a bounce back that has been forecast for our economy, with Raghuram Rajan and Kaushik Basu as well as Paul Milgrom, Michael Kremer and Abhijit Banerjee.

In the third Town Hall of our four-part series, Prannoy Roy discusses what's next for India, in a bounce back that has been forecast for our economy, with Raghuram Rajan and Kaushik Basu as well as  Paul Milgrom, Michael Kremer and Abhijit Banerjee. The panel will take a look at the importance and the future of democracy, both across the world and in India, and how it connects to the health of our economy.

Mar 05, 2021 22:04 (IST)
"The World Bank has made $12 billion available for financing vaccines, and actually much of that money has not been used. So, I think if I were a finance minister, and even in a very low-income country, let alone a middle-income country, I would think this would be one of the best expenditures that could be made," says Prof Michael Kremer.
Mar 05, 2021 21:58 (IST)
What can and what should be done for our children in the distribution of vaccines, which is the more likely future scenario?
Prof Michael Kremer says: "You know our analysis suggests that it's worth it for even the lowest income countries to purchase vaccines. And we did an analysis for Africa and virtually for every country in Africa, it makes sense, COVAX has pledged vaccines for up to 20% of the population. But it makes sense to go beyond that. And so, even for low-income countries, we would advise going out and if necessary, borrowing, to do this."

#NDTVTownhall | "Our analysis suggests that it's worth it for even the lowest income countries to purchase vaccines": Prof Michael Kremer, Winner, Nobel Prize 2019, on the need for vaccines in low-income countries pic.twitter.com/amM5zkhCAo

Mar 05, 2021 21:56 (IST)
What are the underlying causes and really the reasons behind this child malnutrition and stunting in our country?
"We should immediately begin to dissect this. There is also some data which is suggesting that our sanitation has improved over this period. Cooking fuel, better fuels we are using so pollution is less, so those things are not causing this. So almost certainly the income of the poorest segment has been going down. Even while the country is growing, growth is coming down. But it is still positive growth. The poorer segments are becoming poorer. Inequality has gone up," Prof Kaushik Basu says.
Mar 05, 2021 21:53 (IST)

Mar 05, 2021 21:39 (IST)
How should an average person understand and assess the role of these cryptocurrencies in savings and investment decisions that every household takes?
"You're talking specifically about Bitcoin mostly, I think, which 10 years ago was what, $25. And now it's what's $50,000 - $60,000... It's just incredible. What's happened to the values and it's also very hard to grapple with because I think that there's a lot of risk associated with it. People are investing in blockchain because it has some unique attributes, very easy to transact. The government can't confiscate it from you," says Paul Milgrom, Nobel Prize Winner 2020. 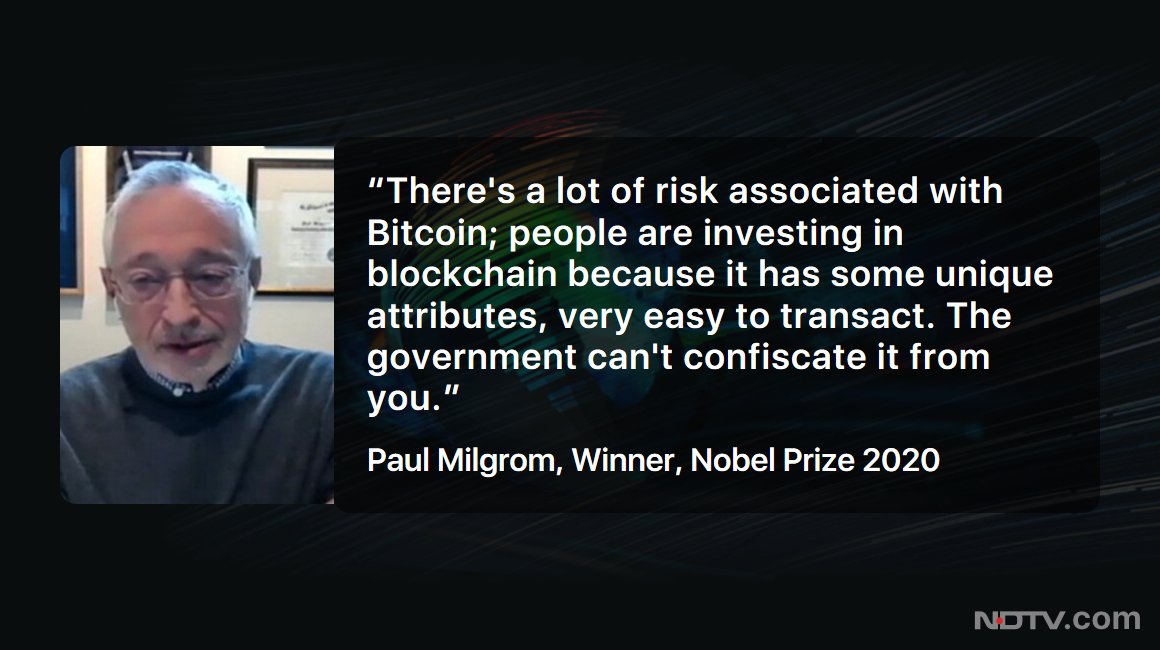 Mar 05, 2021 21:33 (IST)
Raghuram Rajan, Former RBI Governor, on Bitcoin: "It's very hard to even spend Bitcoin, remember we're spending a nation's worth of energy to try and keep track of Bitcoin, right? It's a very inefficient asset. The amount of computing power that has to go on to maintain Bitcoin transactions is huge. So, in the longer run, it doesn't seem to me that this is a viable means of transacting, means of payment."
"If you take away the means of payment from Bitcoin, it really is an asset with no intrinsic value. It's a digital asset, which has claims on nothing. So, people value Bitcoin, only because other people value Bitcoin. When Elon Musk tweets positively about Bitcoin, Bitcoin values go up," he adds.
Mar 05, 2021 21:31 (IST)

#NDTVTownhall | "India has invested a lot in building a country where you feel a common identity, just by virtue of being in the country. That was the common identity and that is getting eroded": Prof Kaushik Basu, Former Chief Economic Adviser pic.twitter.com/oqj1xq7HZk

Mar 05, 2021 21:27 (IST)
Do social issues have a direct impact on growth rates and poverty levels?
"India has invested a lot, some will say too prematurely, in building a country where you feel a common identity, just by virtue of being in the country. That was the common identity. That is getting eroded. And, I cannot be completely sure about this. But I'm completely sure that the growth has crashed in a way that no one had expected. There has to be causes for that. And my feeling is, the politics has become so divisive," says Prof Kaushik Basu, Former Chief Economic Adviser.
Mar 05, 2021 21:24 (IST)
Our export growth is plummeting from 16% and 24%, now down to a very worrying 3%, all this is pre-pandemic. Also, our imports fell from 15% in the Vajpayee government era, and now down to 4% now. Again, this sharp decline happened before the 2020 pandemic. 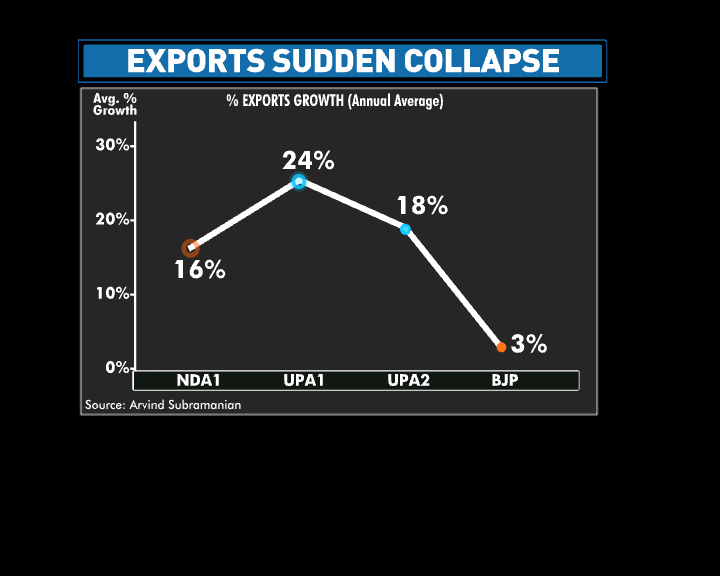 Industry and government infrastructure investment have also dropped to the lowest levels of only 2-3% growth per year, so the downward trend began before the pandemic, we can't just say that the Pandemic crisis was the reason for our problems. And even credit and bank loans showed the same decline well before the pandemic, and had fallen to its lowest levels for decades, down to just 4-6%. 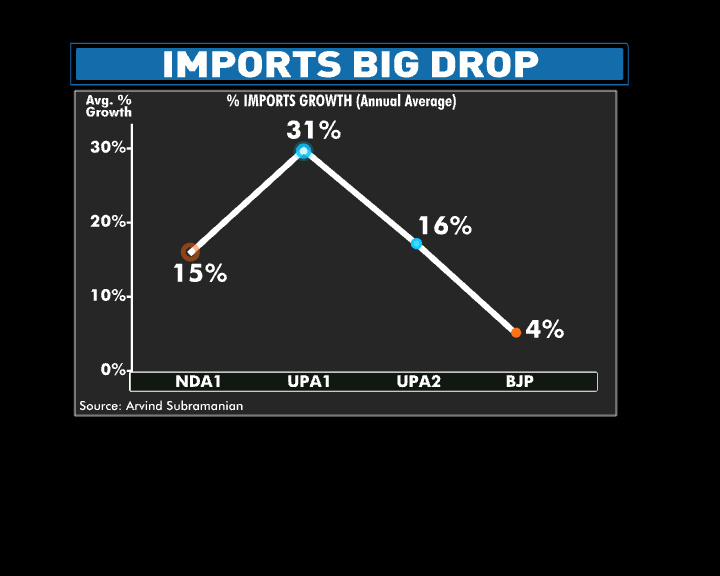 Mar 05, 2021 21:20 (IST)
How widespread is this global concern and apprehension about India's democracy?
"When you see India's democratic bona fides being questioned elsewhere, you know, for sure, our natural reaction is these guys don't know what they're talking about and India's strong and vibrant. But we also know when sitting in India, that there are, there is less room for free debate and free discussion than there used to be. And so, the question is how do we remedy this?" asks Raghuram Rajan.

#NDTVTownhall | "A lot of R&D is being done in India today. Many international companies have R&D centers in India, all that requires free debate and free speech. That's where we score over China": Prof Raghuram Rajan, Former RBI Governor pic.twitter.com/PnIawyjbE9

Mar 05, 2021 21:14 (IST)
Have we as a nation learnt a lesson from that tragedy, a lesson that migrant workers are not only key to our country's economy, but also their numbers are in tens of millions, many, many more than the government ever estimated?
"I think focusing again, with construction, goes the idea of focusing on the migrants and for once, they have actually now acknowledged that migrants are a big part of the economy. I think the 18 million number that they put out is probably too small. I guess this is much bigger than that. We just don't have a data set to get that," says Prof Abhijit Banerjee.
Mar 05, 2021 21:13 (IST) 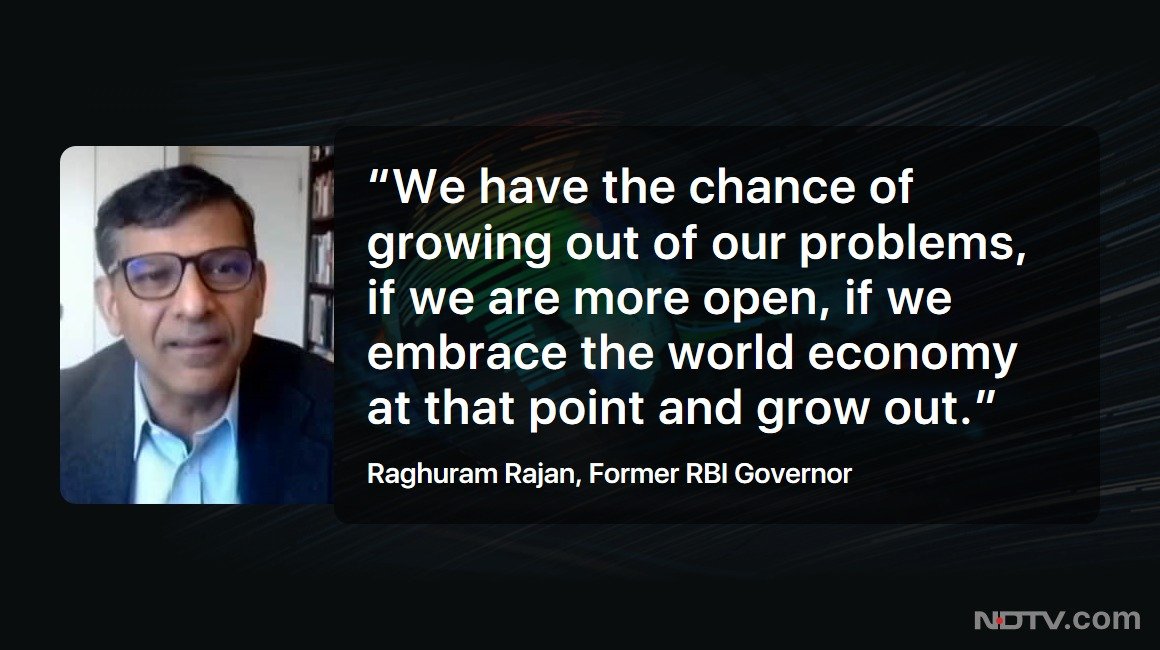 #NDTVTownhall | "The sooner we can vaccinate everyone, the faster we can end the pandemic": Prof Michael Kremer, Winner, Nobel Prize 2019 pic.twitter.com/7q7fXSX2ao

Mar 05, 2021 21:11 (IST)
How has technology changed the world as we know it in this pandemic?
"The sooner we can vaccinate everyone, the faster we can end the Pandemic. And increasing manufacturing and delivery capacity for vaccines means we can vaccinate people faster and get back to normal life more quickly," says Prof Michael Kremer.
Mar 05, 2021 21:09 (IST)

Mar 05, 2021 21:08 (IST)
The economy plummets downwards and yet the stock markets go shooting up. What is the reason for this huge disconnect?
"Well, the stock market is about the value for the future. When you have assets, you have to decide where to put them. And one of the things that happened, the interest rates are so low, so if you put assets in a savings account or in bonds, you get almost no return on it. So, people don't have anywhere else to put their money that has reasonable returns. So, they buy stocks and they're not too worried about it," says Prof Paul Milgrom.
Mar 05, 2021 21:07 (IST) 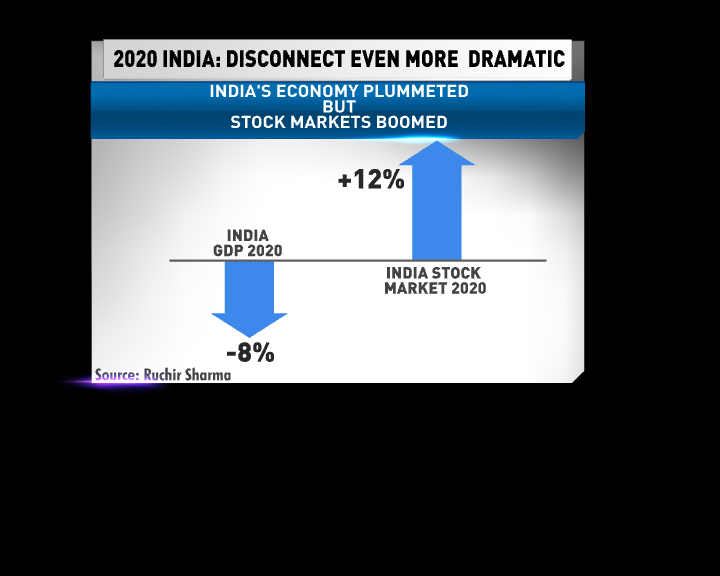 Mar 05, 2021 21:05 (IST)
"One thing we've benefited from because of the Feds very easy policies, remember in March everything collapsed. Remember where the Sensex was in March and that was a result of portfolio flows leaving India and again, we were in a crowd then, because it left Brazil, it left Mexico, it left the Philippines and all emerging market prices collapsed. We've now seen the reverse of that, money has flowed in, in a really big way, which is why our reserves in India, foreign exchange reserves, are again at an all-time high. Money has come in. And so, this is fickle money. This is money that can go out once again," says Raghuram Rajan.
Mar 05, 2021 21:02 (IST) 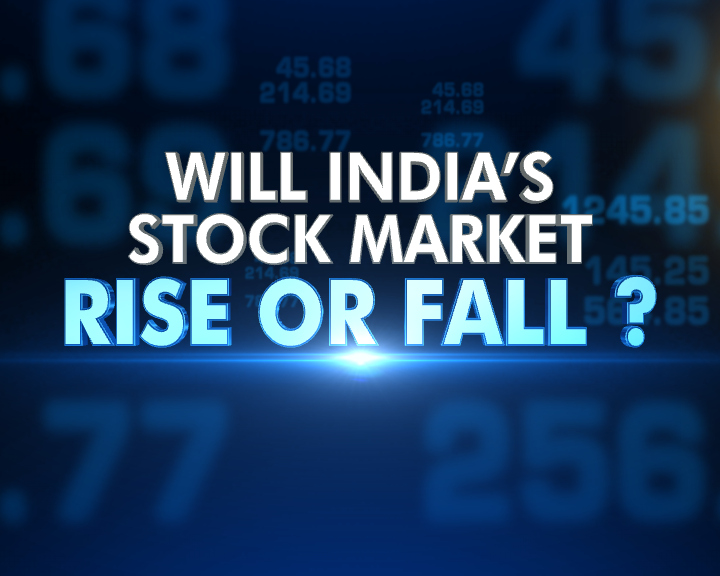