Read inOther Languages
This Article is From Jun 07, 2018

Sharmishta Mukherjee tweeted that even the RSS wouldn't believe that Pranab Mukherjee is going to endorse their views in his speech. 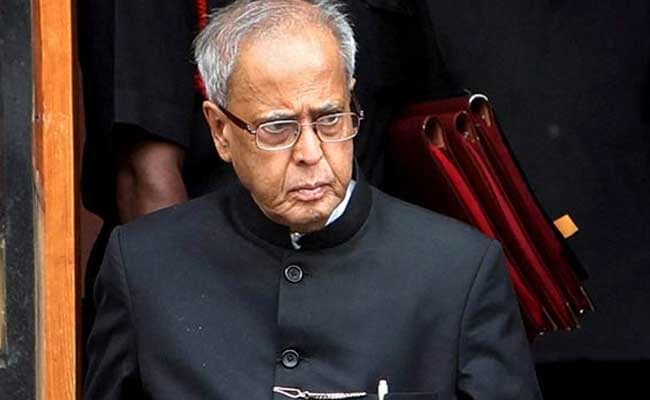 New Delhi: Many Congress leaders have disagreed with former President Pranab Mukherjee's decision to accept an invite to attend an RSS event. As Mr Mukherjee landed in Nagpur for Thursday's function, there was one more voice of disapproval, the strongest so far.

It was the former President's daughter, Sharmistha Mukherjee.

She told him that no one, not even the RSS, really expected his speech to endorse the views of the Rashtriya Swayamsewak Sangh, the ideological mentor of the BJP.

"But the speech will be forgotten, visuals will remain and those will be circulated with fake statements," Ms Mukherjee said in a series of tweets.

Ms Mukherjee's effort to underscore the optics of his presence rather than the content of his speech is seen as a counter to the former President's contention that his decision should be assessed after hearing his speech at Nagpur. The RSS had last month announced the former President's decision to be the chief guest at the valedictory function of Sangh Shiksha Varg, a training camp for RSS volunteers.

Her tweets came after rumours that Ms Mukherjee, who heads the women's wing of Delhi Congress, could quit the party and join the BJP. In between, there were suggestions that her father, who had spent a lifetime in the Congress, had signalled his mind by making this Nagpur visit and the daughter was to follow suit.

Sharmistha Mukherjee, who was out of Delhi on a vacation, was taken aback when she started receiving calls for confirmation on her rumoured switch.  Soon enough, her senior, Delhi Congress president Ajay Maken, also phoned her. He later tweeted a response to the rumours.

"She told me, that she is in politics, just because of her firm faith in the ideology of the Congress party," Mr Maken said.

Ms Mukherjee's very public rejoinder to her father, and a sharp attack on the RSS, came two hours later.

She added that his visit to Nagpur would give the BJP and RSS a handle to plant false stories and spread false rumours as today, making them "somewhat believable".

"And this is just d beginning," she tweeted.

Ahmed Patel, the Rajya Sabha lawmaker from Gujarat who had been Mrs Sonia Gandhi's closest advisors, later also tweeted: "I did not expect this from Pranab da".

Over the past week or so, the 82-year-old former President has been repeatedly asked to reconsider his decision by various leaders of the Congress, his party for five decades till he became the president in 2012.

Many have expressed concern at the optics of the matter, pointing to what they call the divisive nature of the RSS, ideological mentor of the ruling BJP.

Promoted
Listen to the latest songs, only on JioSaavn.com
Former President Mukherjee's decision has had the Congress squirming but it hasn't commented on the decision.

"It is wrong to judge someone by the invitation he accepts... Unless we listen to someone, we should not form our opinion," Congress spokesman Abhishek Singhvi said. Former union minister P Chidambaram had said that since Mr Mukherjee has accepted the invitation, he should go and tell the RSS "what is wrong" in their ideology.