Pranab Mukherjee Should Have Reminded RSS Of Its History: Sitaram Yechury

Sitaram Yechury said in a tweet that the absence of Mahatma Gandhi and his assassination in Pranab Mukherjee's speech speaks volume. 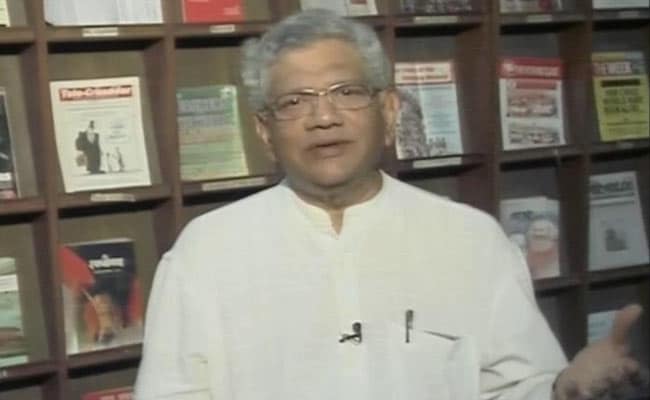 New Delhi: The CPI(M) said today that former President Pranab Mukherjee would have "done well" to remind the Sangh of its history, while the CPI appreciated his speech for mentioning pluralistic and composite society as true India.

Reacting to the much-awaited speech by Mr Mukherjee at an RSS event in Nagpur, CPI(M) general-secretary Sitaram Yechury questioned him for not mentioning the assassination of father of the nation Mahatma Gandhi during his speech.

"In the 'history capsule' delivered by Pranab Mukherjee at the RSS headquarters, the absence of Mahatma Gandhi and his assassination speaks volumes," Mr Yechury tweeted.

The CPI(M) leader also wrote that Mr Mukherjee should have reminded the RSS of its history.

"He would have done well to remind the RSS of its own history - banned thrice by Congress governments, first time by Sardar Patel, following Mahatma Gandhi's assassination. 'RSS men expressed joy and distributed sweets after Gandhiji's death', Patel wrote to Golwalkar," he said in another tweet.

On the other hand, the CPI gave a mixed reaction and said the speech was on the expected lines.

"Though we feel that he should not have gone to the RSS meet, but what Pranab Da said in his speech was expected from him. It was in true sense of nationalism, respecting the Constitution of India, its pluralistic society and composite culture," CPI leader D Raja told PTI.

Mr Raja said a few RSS idealogues are trying to project the speeches of Sangh chief Mohan Bhagwat and Mr Mukherjee in the same spirit.

"Now they are trying to use Mukerjee's speech for their own propaganda," Mr Raja said.
Comments
Pranab MukherjeeRSSSitaram Yechury