Pradosh Vrat: In the month of April, there are two Pradosh Vrat dates - On April 9 and on April 24. Lord Shiva and Goddess Parvati are worshipped on Pradosh Vrat 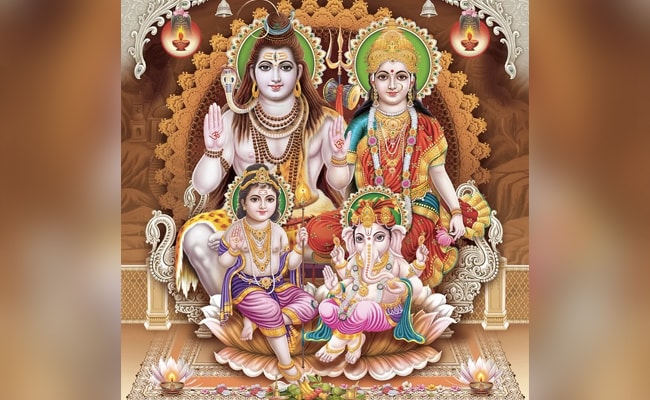 Pradosh refers to the time after sunset. All the rituals and pujas of Pradosh Vrat are observed in the evening. The main puja is done before photos or deities of Lord Shiva, Goddess Parvati, Ganesh, Kartik and Nandi. A kalash or an earthen or metal pot is placed before the gods with flowers and clean water. Many devotees also place Shivling and offer prayers. Items like milk, curd, honey and ghee are used for puja. Leaves of the Bilva or woodapple tree are offered to Shiva on Pradosh Vrat. After puja, devotees listen to the Pradosh Vrat katha and chant the Maha Mrityinjaya Mantra 108 times. People who are unable to do puja at home often visit temples of Lord Shiva on Pradosh Vrat.

According to the Puranas, Pradosh kaal (time) is the most auspicious time to seek the blessings of Lord Shiva. There are many legends of Pradosh Vrat. According to one of them, the gods or Devas pleaded with Lord Shiva to save them from the demons or asuras. They went to Shiva's abode in Mount Kailash and Nandi, Shiva's vahana or vehicle, received them. The lord agreed to help the devas and since then Pradosh Vrat is being observed.