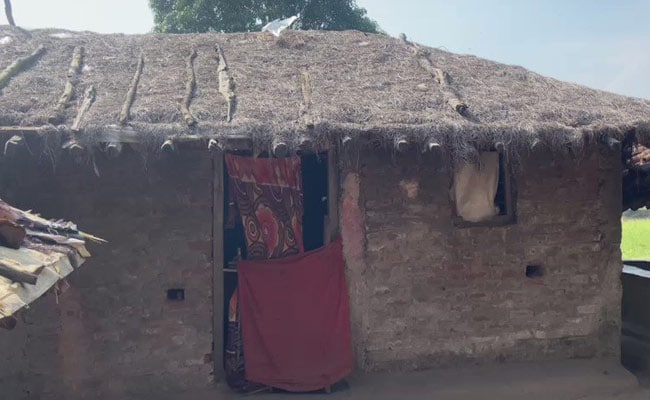 Thatched roofs, and unplastered walls and floors, are a common sight in Dindori district.

Members of the Baiga tribe, classified as a Particularly Vulnerable Tribal Group (PVTG) by the government, have been demanding pucca houses under the Pradhan Mantri Awas Yojana, a rural housing scheme for the poor. However, they allege that rampant corruption has left them with half-finished kutcha houses and little hope of receiving the full benefits of the central government's scheme. NDTV spoke to beneficiaries of the scheme in the tribal-dominated Dindori district of Madhya Pradesh.

Thatched roofs, and unplastered walls and floors, are a common sight in the Baiga dominated Gaura Kanhai village of Dindori, which is around 475 km from the state capital Bhopal.

Several villagers backed up the claim, alleging that the local panchayat officials falsely geo-tagged the picture of a different house built somewhere else.

Budh Singh, another beneficiary under the housing scheme for rural poor, said, "Around seven beneficiaries under the scheme, including my brother Prem Singh, have been forced to bribe the village panchayat secretary Gend Singh Paraste. My brother Prem Singh had to pay Rs 30,000 to the village panchayat secretary for getting funds released for his house which lacks a proper foundation and is just a kutcha thatched house. Even my house is in a similar state, owing to a shortage of proper construction materials.

Pointing out that the scheme mandates pucca houses, the local revenue official, Tehsildar of the Samnapur tehsil Girish Dhulekar, said, "There is no provision of kutcha houses in the PMAY (Gramin). Even if kavelu (red ceramic roof tiles) have been used in the roof, the walls have to be proper and pucca." Responding to allegations of village panchayat staff taking bribes from the scheme's beneficiaries, he said, "It will be probed."

Prime Minister Narendra Modi has set a target of providing housing to all the homeless families of the country within the next two years i.e. by the year 2022. In MP, 20 lakh 65 thousand houses have been completed against the target of 26 lakh 28 thousand under the Pradhan Mantri Awas Yojana (Gramin). In the last week of November, about 23, 928 houses in the Guna and Sheopur districts of the state were approved under PMAY (Gramin).