While Madhya Pradesh has signed power purchasing agreements for 21,000 megawatts (MW) per day, the demand is only around 9,000 MW. 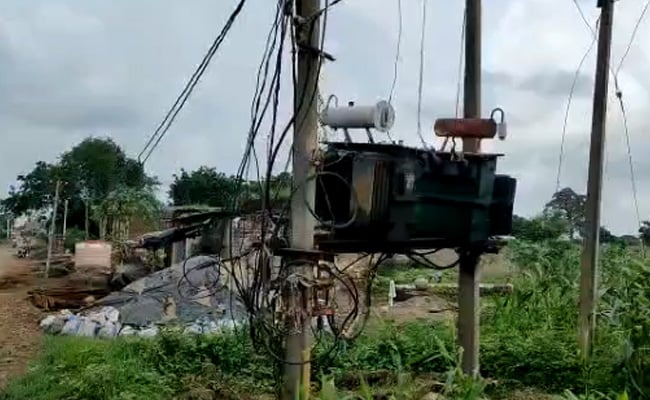 Even the BJP's own MLAs have begun to express resentment over Madhya Pradesh's power crisis.

Anger is simmering anger in parts of Madhya Pradesh where people have been experiencing up to 20 hours of unscheduled power cuts. With many of the state's power generating units not functioning at all and even the rest operating at roughly only 30 per cent capacity, Chief Minister Shivraj Singh Chouhan's government is beginning to face blowback from not only the opposition but also from the ruling BJP's own MLAs.

While it has signed power purchasing agreements for 21,000 megawatts (MW) per day, including from state-based units, private sector, and the central pool, while demand is only around 9,000 MW.

Yet, it has to buy more power to avoid cuts even as generation from state units is only 7,900 MW a day.

Meanwhile, nine of the state's 16 power-generating projects are currently dysfunctional.

Of those operational, the hydroelectric plants produce only 457 MW of their declared 2,500 MW capacity. Of its thermal projects' more than 5,000 MW potential, only 1,800 MW is being generated. This roughly implies the two segments are functioning at only 30 per cent of their cumulative capacity of over 7,500 MW.

The result is long hours without power supply, leaving people exasperated in many parts of the state. The agony is particularly intense for farmers.

"Parts of the Vindhya region are reeling under frequent load-shedding and power cuts for almost 20 hours a day. Farmers' pleas have fallen on deaf ears and power company officials are misguiding," said Narayan Tripathi, the Maihar MLA.

"The power companies do not inform farmers before load-shedding or power cuts. If the situation continues, it will sink the BJP government for sure," said the BJP leader who has even announced public demonstrations against the issue.

Another BJP MLA, Rakesh Giri of Tikamgarh district, recently wrote to Chief Minister Chouhan saying the 12-15 hour unscheduled power cuts were causing resentment among people in his constituency, along with Niwari district.

In Jabalpur, recently, protesters were so angry that an executive engineer of the power department in Patan sought security for a sub-station.

The state government, however, denies that there is a crisis.

"Till a few days back, there was a gap between demand and supply. Owing to which, at some places, power cuts of not more than 2-3 hours happened," said state Energy Minister Pradumn Singh Tomar.

"But there are no 15-18 hours daily power cuts anywhere. There is no power crisis anywhere now."

Chief Minister Chouhan, too, refused to acknowledge the crisis. Due to insufficient water levels in dams, he said, hydel power generation was hampered, while submerged coal mines, too, had stalled.

Meanwhile, private power producers are seeking Rs 2,433 crore in outstanding dues, sources told NDTV. Without timely payments, they have clearly said, it will be difficult to sustain operations.

Mr Chouhan has said these debts, along with coal firms' outstanding, will be cleared.