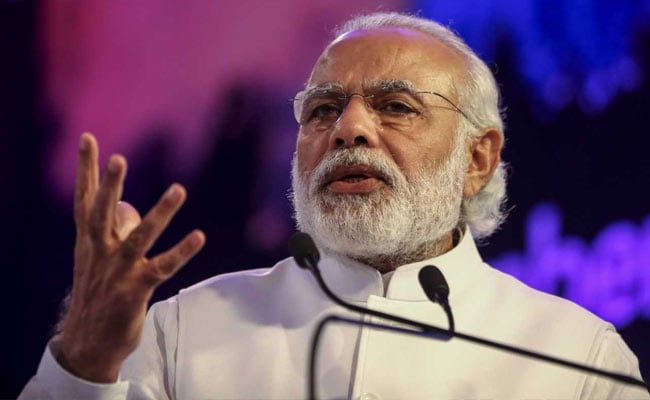 Dehradun: Prime Minister Narendra Modi will visit Kedarnath tomorrow, a day before the portals of the Himalayan shrine close for winter. PM Modi will also lay the foundation stones for a slew of reconstruction projects in Kedarpuri, including renovation of Adi Guru Shankaracharya's tomb which was devastated in the flash floods of 2013.

PM Modi is also likely to address a public meeting near the temple located 11, 660 feet above the sea level, party sources said in Dehradun.

Security has been tightened around Dehradun airport where PM Modi is likely to arrive around 8:30 in the morning before leaving for Kedarnath, DIG Garhwal Range Pushpak Jyoti said. He will be welcomed at the airport by Uttarakhand Governor KK Paul, Chief Minister Trivendra Singh Rawat and officials before he heads for the Himalayan shrine, the officer said.

PM Modi is scheduled to spend two hours laying the foundation stones of a series of reconstruction projects, he said. Elaborate security arrangements have also been made at Kedarnath for PM Modi's visit, the DIG said.

Promoted
Listen to the latest songs, only on JioSaavn.com
The temple has been decked up with flowers and lights on Diwali, and most priests have decided not to go home to celebrate the festival. The chief minister and the governor will accompany PM Modi to the Himalayan temple.

This is the second visit of PM Modi to the shrine this season. He visited it on May 3 when its gates had been reopened after the winter break.