"Do Not Harbour Misconceptions About E-Cigarettes," Says PM Modi

Urging people to not use tobacco, PM Narendra Modi said e-cigarettes, which are used as a "fashion statement", are a new way of getting addicted to nicotine. 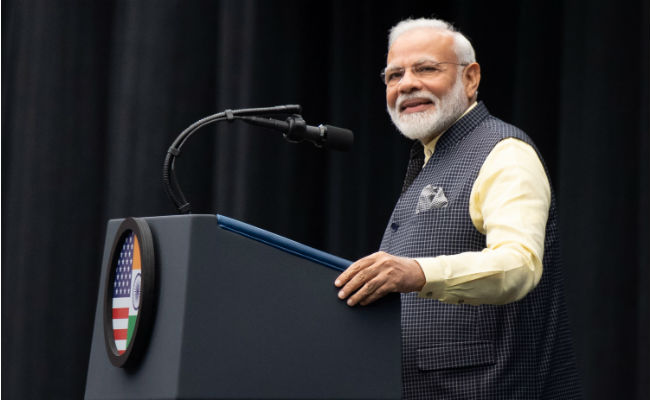 "Do not harbour any misconceptions about e-cigarettes," PM Modi said (File Photo)

These were his first remarks on the issue of health hazards linked to e-cigarettes after the Union Cabinet earlier this month banned its sale, production and storage through an ordinance. The ordinance will be converted into a bill in the next session of Parliament.

In his latest edition of ''Mann ki Baat'' radio address, he also said a "myth" has been spread that e-cigarettes pose no danger.

Like the conventional cigarette, it does not spread odour as fragrant chemicals are added to it. He said these chemicals are harmful and pose a health hazard.

"...Do not harbour any misconceptions about e-cigarettes," he said.

Discourses and debates will continue, the support and opposition will continue, but, if some things are checked before they proliferate, then there is a huge benefit, he said referring to the ban.

"...E-cigarette has been banned so that this new form of intoxication does not destroy our demographically young country. It does not trample the dreams of a family and waste the lives of our children. This scourge and this obnoxious habit should not become rooted in our society," the Prime Minister asserted.

There is no confusion about dangers posed by a cigarette. It causes harm. The smoker and the seller know the harm it causes, he pointed out.

"But the case of e-cigarettes is quite different. There is little awareness among people about e-cigarette. They are also completely unaware of its danger and for this reason sometimes e-cigarettes sneak into the house out of sheer curiosity," he warned.

Urging people to not use tobacco, PM Modi said e-cigarettes, which are used as a "fashion statement", are a new way of getting addicted to nicotine.

As if a magic show is on, children at times blow smoke in the presence of their parents without lighting a cigarette or striking a match.

"...Family members respond with applause. There is no awareness. There is no knowledge...once teenagers or our youth...become hooked and fall prey to this noxious addiction," he said.

An e-cigarette is a type of electronic device unlike a typical cigarette. In an e-cigarette, the heating of nicotine-containing fluids creates a type of chemical smoke and this is the pathway through which nicotine is consumed, the Prime Minister explained.

The government had on September 18 banned production, import and sale of e-cigarettes and similar products, citing health risk to people.

Storage of electronic-cigarettes shall also be punishable with an imprisonment up to 6 months or fine up to Rs 50,000 or both.

The owners of existing stocks of e-cigarettes on the date of commencement of the ordinance will have to declare and deposit the stocks with the nearest police station.

The ordinance was issued on September 19.