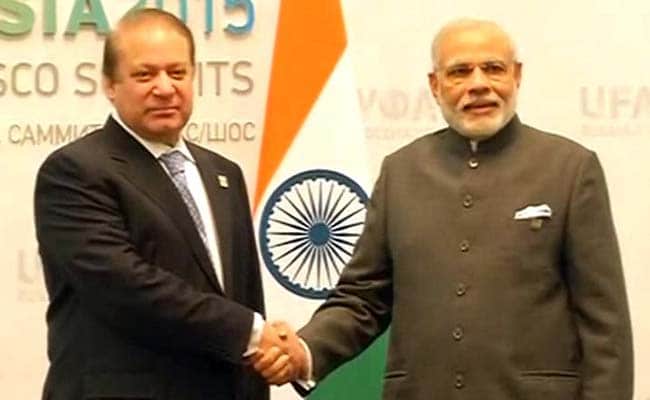 Ufa: Prime Minister Narendra Modi and his Pakistani counterpart Nawaz Sharif greeted each other with a warm handshake as they met for the first time in seven months for formal bilateral talks on the sidelines of the Shanghai Cooperation Organisation summit in Russia. 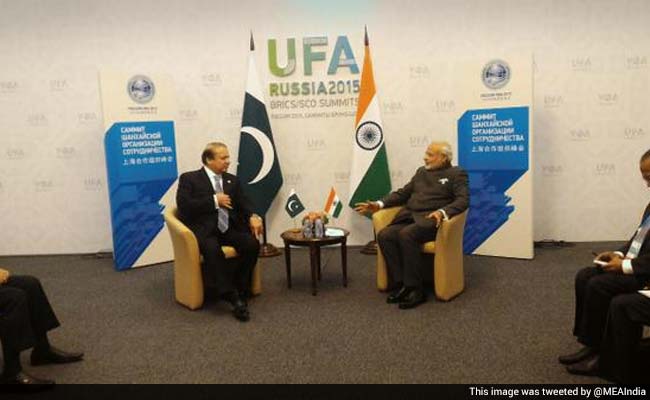 (PM Modi and Nawaz Sharif during their meeting on the sidelines of the BRICS and SCO summits in Ufa, Russia.)

Sources have indicated to NDTV that the discussions are not necessarily a prelude to a resumption of the dialogue process between the two countries, a decision on which will take place after today's talks.

Sources have indicated that PM Modi will, once again, raise with Pakistan India's concerns on terror. He is expected to express strong objections to the release of 26/11 plotter Zaki ur Rehman Lakhvi from jail in Pakistan.

Just a day ahead of the talks, Pakistani forces violated ceasefire again at the Line of Control in Jammu and Kashmir in which a BSF jawan was killed.

Till a week ago, there was a sense that the two leaders would greet one another and have a quick chat in what is referred to as a "pull-aside" in diplomatic parlance.

India called off a dialogue between foreign secretaries in August, incensed that Pakistan's envoy in New Delhi had engaged with Kashmiri separatists in the run-up to those talks.

Today's meeting comes at a time when Pakistan has warned India against any military operations on its soil along the lines of the one in Myanmar last month in which Indian Special Forces went across the border and destroyed two militant camps, killing as many as 50 rebels.

Mr Modi and Mr Sharif last met in Kathmandu in November, 2014, but did not have a proper bilateral meeting.

Prime Minister Modi then reached out to Mr Sharif by wishing him at the beginning of the holy month of Ramzan; during the phone call the Pakistani PM stressed the importance of peaceful bilateral ties between the countries.