PM Modi has often used the event to announce his government's flagship schemes, such as the "Swachh Bharat" and "Ayushman Bharat". 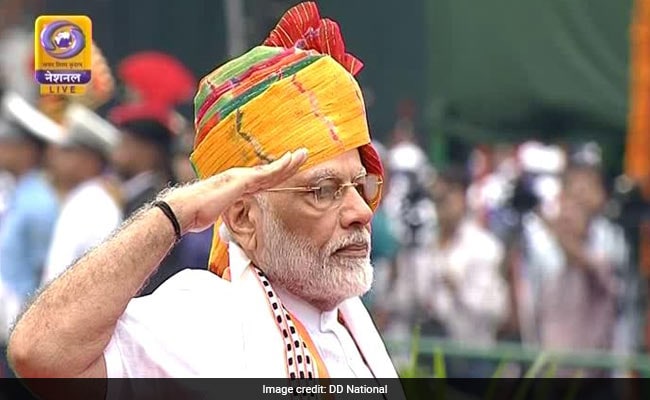 Preparations at the Red Fort for the country's 73rd Independence Day.

When Prime Minister Narendra Modi addresses the nation on the 73rd Independence Day today, he is likely to touch upon a host of topics ranging from the centre's decision to scrap Jammu and Kashmir's special status to his vision for a "New India". This will be his sixth consecutive address to the nation as the Prime Minister ever since the BJP-led NDA first stormed to power in 2014.

PM Modi will lead the nation in celebrating the event at the Red Fort in the national capital today morning. He will unfurl the National Flag and deliver the customary address to the nation from the ramparts of the monument, starting 7:30 am.

This year's event promises to be a colourful one, marked by the participation of children. "On this festival of national fervour, 3,500 girl students drawn from 41 government schools in Delhi; 5,000 boy spectators and 700 NCC cadets from 17 schools will display 'strength in unity' through the formation of the words Naya Bharat," read a statement issued by the Ministry of Defence on Wednesday.

PM Modi has often used the annual event to announce his government's flagship schemes such as 'Swachh Bharat' and 'Ayushman Bharat'.

Happy Independence Day to all my fellow Indians. Jai Hind!

He is also known to present report cards on his government's performance to highlight how well the country has grown on his watch. 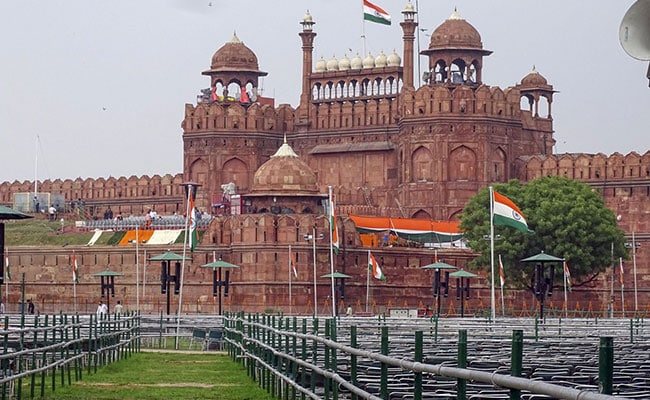 All preparations have been made for the Independence Day function today.

In his last Independence Day address, PM Modi had recalled advancements made over the last few years and expressed his desire for a "strong and self-reliant" India that shines like a beacon for the world. Recent legislations passed by his government, including the Triple Talaq Bill and a new anti-terror law, are expected to figure prominently in his speech this time.

The Prime Minister will pay tributes to Mahatma Gandhi at Rajghat at 7 am, before heading to the venue of the Independence Day function. Upon his arrival at Lahore Gate of the Red Fort, he will be received by Defence Minister Rajnath Singh, Minister of State for Defence Shripad Naik and Defence Secretary Sanjay Mitra. PM Modi will then be taken to the saluting base, where he will inspect the Guard of Honour.

Following this, the Prime Minister will head to the dais, where he will unfurl the National Flag to the accompaniment of the National Anthem. All service personnel in uniform will stand and salute for the duration, even as a 21-gun salute is issued.

The Kashmir issue had also formed a significant part of President Ram Nath Kovind's address on the eve of Independence Day. "I'm confident that the recent changes made in Jammu-Kashmir and Ladakh will immensely benefit those regions," he said, referring to the centre's decision to revoke Jammu and Kashmir's special status and bifurcate it into two union territories on August 5.