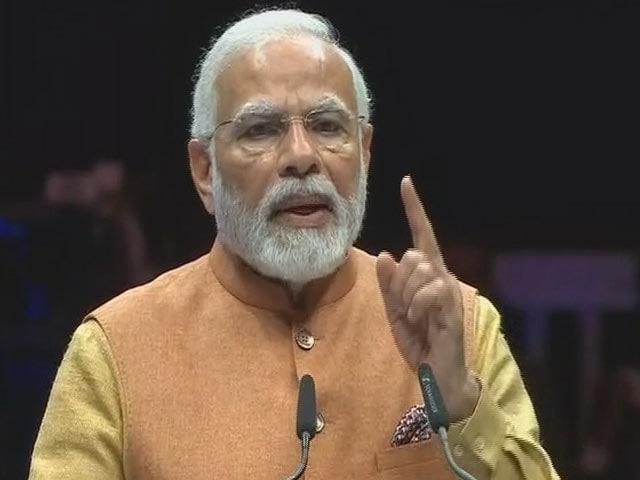 Prime Minister Narendra Modi has just wrapped up his two nations tour and left for India from Abu Dhabi, after an extremely successful visit to Germany as well as the United Arab Emirates.

It was an action-packed schedule in Germany where the Prime Minister attended the largest community programme post-COVID-19 pandemic. PM Modi, who arrived in Germany on Sunday, addressed a gathering of thousands of people from the Indian diaspora at an event in Munich.
In his address, PM Modi underscored the country's achievements in a short span of time and said India is impatient to fulfill its dreams.

"Today's India has come out of the mentality of 'it happens, it runs like this'. Today India takes a pledge to have to do, have to do, and have to do on time," he said.

"We Indians are proud of our democracy. Today, we can proudly say that India is the mother of democracy... The diversity of culture, food, clothes, music and traditions makes our democracy vibrant. India has shown that democracy can deliver and has delivered," said PM Modi.

The next big thing on the agenda of PM Modi was the G7 summit. The Prime Minister held various bilateral meetings and participated in 15 engagements at the venue.

On Monday, PM Modi held talks with South African President Cyril Ramaphosa on the sidelines of the G-7 Summit. Among the other meetings, he had a chat with the French president Emmanuel Macron over a cup of tea.

"I am touched by the special gesture of my brother, His Highness Sheikh Mohamed bin Zayed Al Nahyan, of coming to welcome me at Abu Dhabi airport. My gratitude to him," the Prime Minister said in a tweet.

After arrival in Delhi by midnight, PM Modi still has a hectic schedule to follow on Wednesday.