The 14th session of the Conference of the Parties to the United Nations Convention to Combat Desertification (COP14) is underway in New Delhi with the theme of ''Investing in Land, Unlocking Opportunities''. 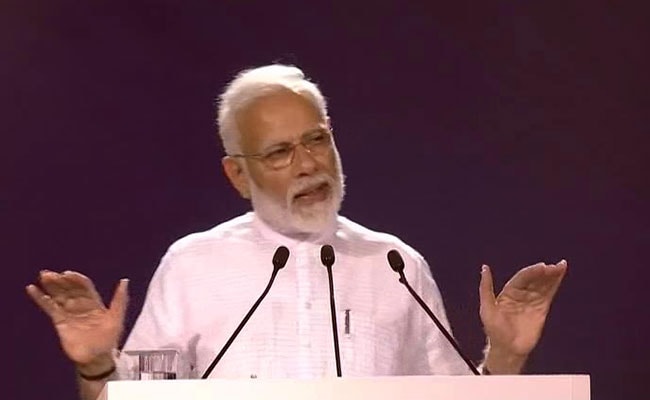 PM Modi is expected to make an announcement on what they want to do in India on the issue.

The 14th session of the Conference of the Parties to the United Nations Convention to Combat Desertification (COP14) is underway in New Delhi with the theme of ''Investing in Land, Unlocking Opportunities''.

The Indian Prime Minister will preside over the opening ceremony of the high-level segment on September 9 and UN Deputy Secretary-General Amina Mohammed will arrive in India on Saturday to participate in the high-level event.

Speaking to reporters at the UN headquarters by video link from India, Executive Secretary of the UN Convention to Combat Desertification (UNCCD) Ibrahim Thiaw said land restoration is "certainly the cheapest way" of addressing this issue of climate change and Mohammed, in her remarks to the summit on Monday, will make a very close link between land degradation and climate change.

India's Minister of Environment, Forest & Climate Change Prakash Javadekar has been elected earlier this week as President of the Conference of the Parties and he will be presiding over the body for the next two years, Ibrahim Thiaw said.

While Ibrahim Thiaw did not give details on what commitments India could make at the summit, he said at the working level in the Ministry of Environment, Forest & Climate Change, "there is a big ambition that India has that they would address after the COP as part of their legacy to this entire process."

In addition to that, he said, "India may be facilitating the like-minded countries because the President of the COP has this as part of his work marked for the next two years. Therefore, India is actively engaged in building bridges between land and climate and biodiversity."

Ibrahim Thiaw further said that as the Minister in-charge of climate bio-diversity, and land degradation, Javadekar is in a good position to "help build synergies and cooperations between the conventions."

The global summit in Delhi is expected to be attended by over 8000 participants, including Environment and Land Ministers from around the world and leaders of the UN agencies such as the UNDP and UNE Programme.

Ibrahim Thiaw said the COP 14 is considered as the "curtain raiser" to the high-level Climate Action Summit convened by UN Secretary General Antonio Guterres later the month. The COP14 will adopt a declaration, called the ''Delhi Declaration'', which will certainly mention the importance of addressing land restoration as part of the solutions to climate change, he said.

He noted that in the UN system, there are groups of friends to deal with particular issues. "Like-minded countries in this case are countries that would come to put their voluntary contributions including at the national level. Prime Minister Narendra Modi is expected to make an announcement on what they want to do in India" on the issue.

Ibrahim Thiaw noted that the declaration is not a negotiated document.  "It is really a document of countries that want to push for an agenda and eventually they may take it to negotiations at a later stage," he said.

"Land is providing us with 99.7 per cent of the food we eat. It is also providing us with water we drink - the quality of the water we get is coming from land and its ecosystems," Ibrahim Thiaw said, but, he added, the precious resource is in serious jeopardy.

Last year, 25 countries called for emergency measures following widespread drought, Ibrahim Thiaw said, and on average, 70 countries are affected by droughts per year. "It is estimated that desertification alone is generating a loss of between 10 and 17 per cent of the global GDP," Ibrahim Thiaw said.

He added that land is also closely linked to human health, with phenomenon like sand and dust storms causing major health concerns in many parts of the world. He cited the example of a severe dust and sand storm in northern India in 2018 that killed 125 people and injured 200.

"It is not a local issue, it is global. About 151 countries are concerned by sand and dust storms around the world," he said.

Ibrahim Thiaw however noted that the good news is that technology, science and knowledge provide solutions to reduce land degradation and fix this phenomenon once and for all. Land restoration is one way to mitigate climate change.

Poor land health combined with biodiversity loss - exacerbated by the effects of climate change - has given birth to environmental shifts that could force up to 700 million people to migrate by 2050, the UNCCD calculates.

The Conference is expected to agree on about 30 decisions in a bid to ensure the Convention's goals for 2018-2030 are achieved, as outlined in the Convention's Strategic Framework-the most comprehensive commitment to achieve Land Degradation Neutrality (LDN).