The Prime Minister, who also wore a turban for the Republic Day address this year, has worn a variety of headgears from different parts of the country, for important events from political rallies to major project launches Prime Minister Narendra Modi today continued his tradition of wearing colourful turbans for Independence Day speeches, with a bright yellow "safa (Rajasthani headgear)" to mark the nation's 73rd Independence Day. The speech, delivered from the ramparts of the historic Red Fort in Delhi, was his first since leading the BJP to a massive win in national elections in April-May.

The Prime Minister paired his grand turban, which also had splashes of green and red in a "leheriya" pattern, with a white half-sleeve kurta and churidar. He completed the look by draping an orange scarf, with a black and white pattern, around his shoulders.

Last year the Prime Minister wore a saffron-coloured turban with a splash of red on top and a long red trail. The colours were seen by many as signifying courage and sacrifice and as an homage to the nation's armed forces. 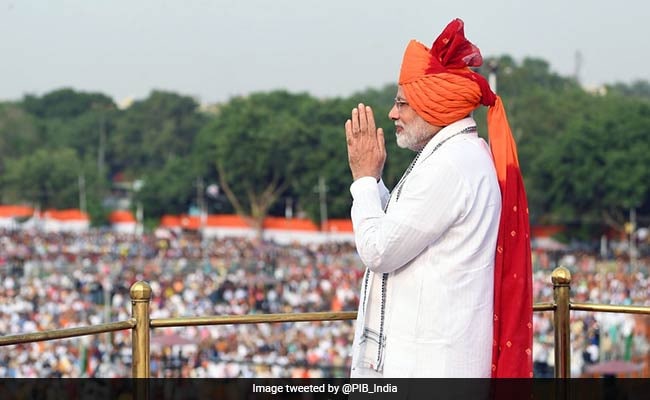 The year before, for India's 71st Independence Day, PM Modi's turban was a mix of bright red and yellow with woven gold embroidery; he chose a light yellow -coloured kurta to finish his look. 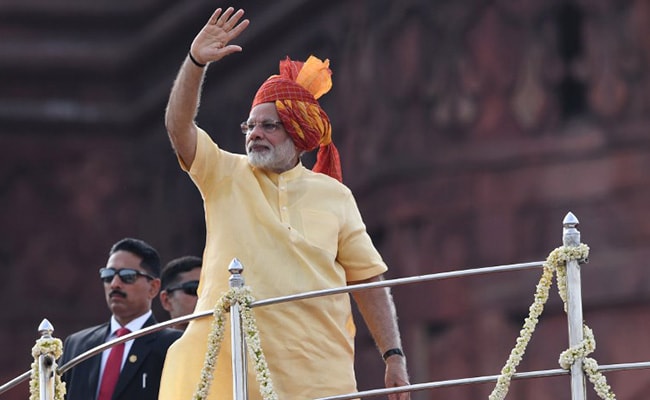 PM Modi chose to wear a pink and yellow tie-and-dye turban with a multi-coloured tail tthat he paired with a white half-sleeved kurta. 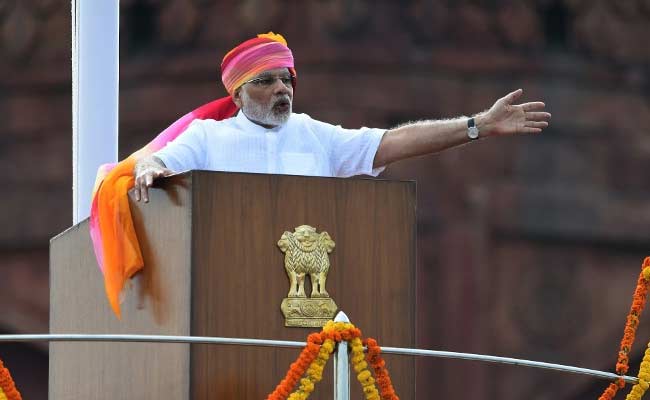 The Prime Minister's second Independence Day speech was marked with another bright yellow turban - this one was also covered with gold embroidery, as well as a few patterns in red and deep green. He chose to wear it with a kurta and "Modi jacket". PM Modi's Independence Day look featured an additional embellishment - a tri-coloured pocket square. 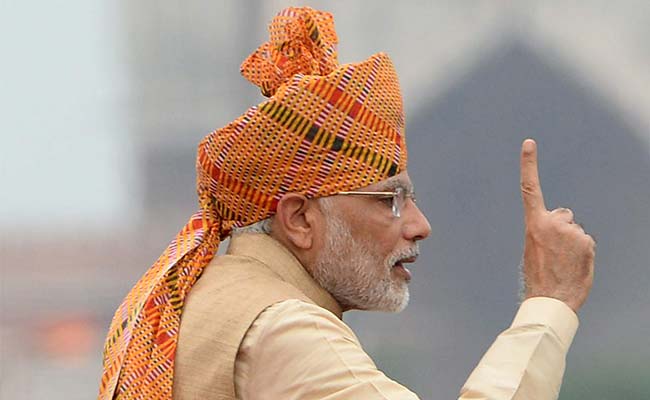 The Prime Minister, who also wore a turban for the Republic Day address this year - he opted for a yellow-orange turban with a long tail that he paired with a crisp white kurta pajama set, has worn a variety of headgears from different parts of the country, from an authentic Gujarati turban to traditional Naga headgear.