PM Modi claimed that any government formed by the Samajwadi Party and the BSP will not be able to fight terrorism or maintain law and order because "they were not even able to handle village goons" during their years in power. 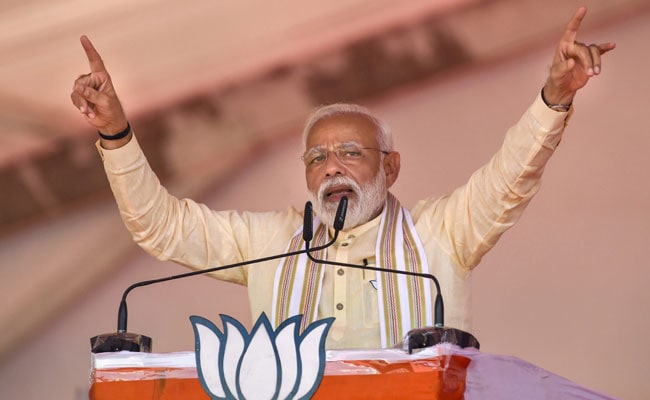 Prime Minister Narendra Modi today dismissed the grand alliance in Uttar Pradesh as an arrangement of convenience between "opportunists" who intend to steal the people's wealth by playing the caste card.

Addressing an election rally in Hardoi, he also accused Bahujan Samaj Party (BSP) chief Mayawati of betraying her ideology by allying with "those opposed" to Dalit ideologue and social reformer BR Ambedkar. He was referring to Samajwadi Party chief Akhilesh Yadav.

"Some people who seek votes in the name of Babasaheb Ambedkar have never learnt anything from his life. Mayawati is seeking votes for those who oppose Babasaheb Ambedkar. This happens when your only goal is to get the chair. This happens when your politics is based on caste, and when you do not care about the country. This alliance of opportunists wants a helpless government because its mantra is jaat-paat japna, janta ka maal apna (Chant on about caste, loot the people's money)," PM Modi said.

He also claimed that any government formed by the Samajwadi Party and the BSP will not be able to fight terrorism or maintain law and order because "they were not even able to handle village goons" during their years in power.

The Prime Minister then went on to attack the previous UPA government, saying that the digital environment available to Indians today wasn't present at a time when the country was "remote controlled" by the Gandhi family. He also claimed that the number of mobile phone factories in the country have increased from two to 125 under his rule.

"Phones have become our strength these days. It has made the lives of farmers, servants and labourers much easier. But five years ago, not everybody had a smartphone because it was expensive. Internet connectivity was poor and talking on the phone was expensive," he claimed.

At another rally in Kannauj held the same day, the Prime Minister requested rival politicians to not drag him into caste politics. "I tell you with folded hands, I want no part in this. The 130 crore people of this country are my family," he declared.

The Samajwadi Party is contesting from 37 seats and the BSP 38 under the grand alliance's seat-sharing agreement. Three seats - Mathura, Muzaffarpur and Baghpat - have been left for the Rashtriya Lok Dal.

The Hardoi Lok Sabha seat will vote on April 29.