PM Modi landed in Ahmedabad today and sought the blessings of his mother, who turned 99 this year.

Prime Minister Narendra Modi will cast his vote tomorrow during the second phase of the Gujarat Assembly polls. PM Modi landed in Ahmedabad today and sought the blessings of his mother, who turned 99 this year. 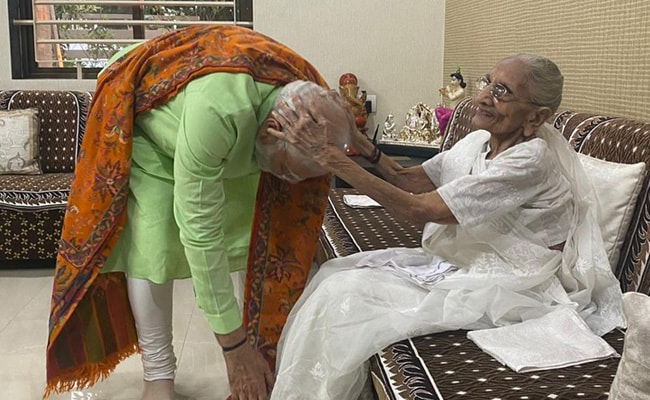 Tomorrow, voting will be held in 93 Assembly seats across 14 central and northern districts of Gujarat. In the 2017 Assembly polls, the ruling Bharatiya Janata Party (BJP) won 51 of these seats, Congress 39, while three seats went to independent candidates.

PM Modi is expected to cast his vote at 8.30 am in Ahmedabad. 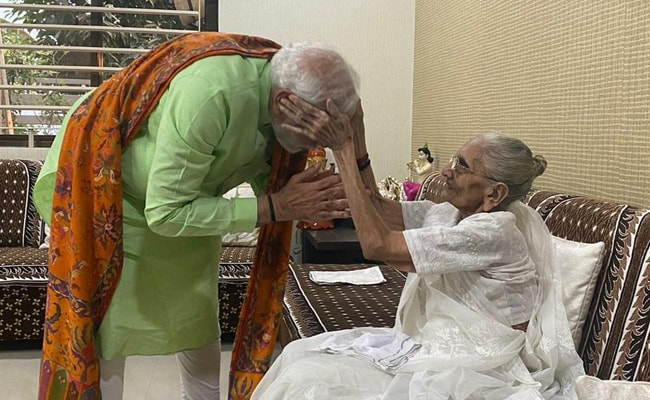 Heeraben Modi lives with the Prime Minister's younger brother Pankaj Modi at Raysan village on the outskirts of Gandhinagar. 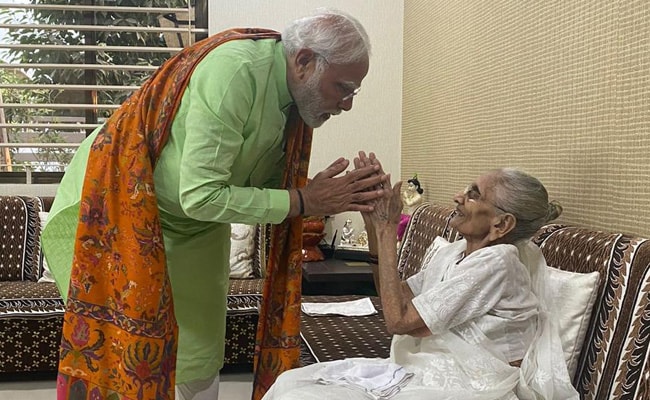 PM Modi had last visited his mother on her 99th birthday in June.