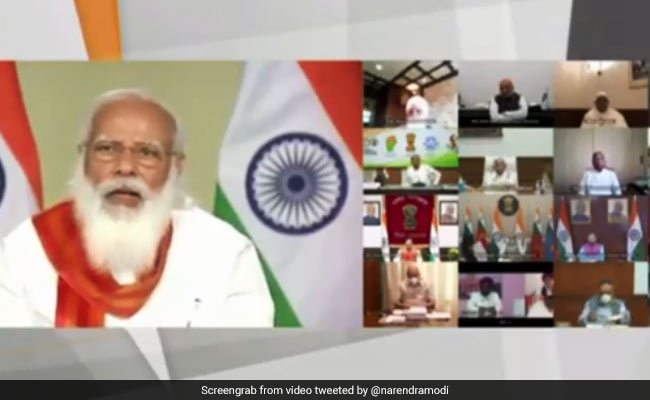 India will pay a fitting tribute to the great Sri Guru Tegh Bahadur Ji on his 400th Parkash Purab. https://t.co/vIDO7t8z4P

"In the last four centuries, there has been no period in India that we can imagine without the inspiration of Guru Teg Bahadur ji. As the ninth Guru, we all get inspiration from him," he said. "From Guru Nanak Dev Ji to Guru Teg Bahadur Ji and then Guru Gobind Singh Ji, the tradition of the Sikh Gurus is a complete life philosophy in itself," PM Modi added. He shared some of the gurus' teachings as well.

PM Modi underscored the importance of taking the teachings of the Sikh Gurus to the younger generation and also said that the digital means make it is easier to reach out to them.