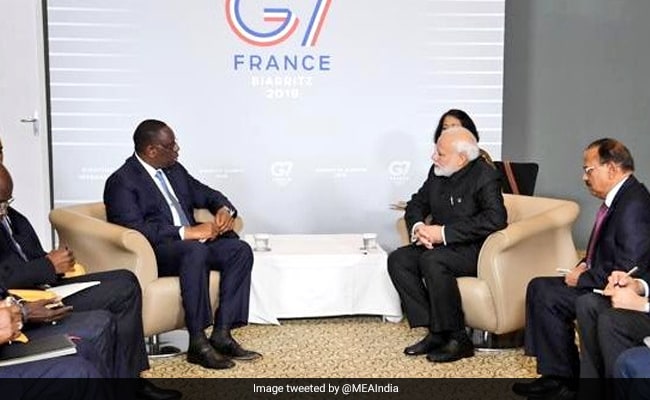 PM Modi met the Senegal President on the sidelines of the G-7 Summit in France.

PM Modi met the Senegal President on the sidelines of the G-7 Summit in this southwestern French city and stressed upon "strengthening ties with an important African Partner."

The two leaders "discussed bilateral ties, including development partnership and cooperation in counter terrorism and international fora," he said in the tweet.

India and Senegal enjoy warm and friendly bilateral relations, sharing common values of democracy, development and secularism. Along with India, Senegal too is a special invitee to the G7 Summit.

The Ministry of External Affairs (MEA) said that the invitation to India was a "reflection of the personal chemistry" between Prime Minister Modi and French President Emmanuel Macron and also "recognition of India as a major economic power".

The countries which are part of the G7 include the UK, Canada, France, Germany, Italy, Japan, and the US.