J&K Move "Inspired" By Sardar Patel, Says PM In Gujarat On His Birthday

PM Modi Birthday: He also said that Gujarat's success should be the model for the entire country and urged the people of the state 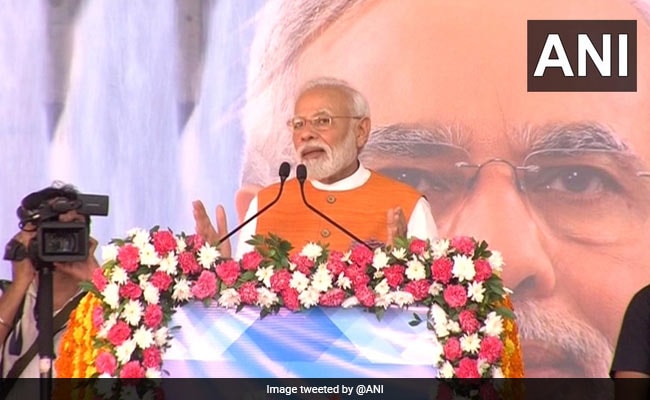 PM Modi addressed a public meeting in Gujarat on his 69th birthday.

Prime Minister Narendra Modi today said his government's decision on Jammu and Kashmir was inspired by Sardar Vallabhai Patel's vision and an attempt to find a solution to a decades-old problem.

He also said that Gujarat's success should be the model for the entire country and urged the people of the state to help other states with their experience in improving their quality of life. Marking his 69th birthday with a packed itinerary at his home state Gujarat, addressed a huge gathering at Kevadiya, home to the giant statue of Sardar Patel or the "Statue of Unity" on the river Narmada.

While referring to his epochal decisions to end special status to Jammu and Kashmir and split the state into two union territories, PM Modi also said the Hyderabad Liberation Day, also observed on September 17 each year, was the result of Sardar Patel's vision. It marks the day in 1948 when the erstwhile Hyderabad state was annexed to the Indian Union.

The Sardar Sarovar project is catering to the needs of Gujarat, Madhya Pradesh, Maharashtra and Rajasthan and has benefited people in these four states, PM Modi said.

Earlier, the Prime Minister offered prayers as part of the state government's Namami Devi Narmade Mahotsav celebrations being held to mark the dam receiving water to its full capacity.

He also visited the Butterfly Garden in Kevadiya and named the saffron-coloured plain tiger butterfly as the state butterfly.