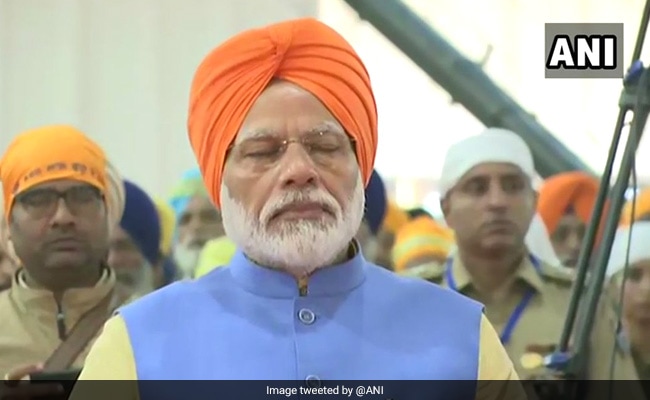 As a part of the 550th birth anniversary celebrations of Sikh faith founder Guru Nanak Dev, Prime Minister Narendra Modi on Saturday arrived at Dera Baba Nanak where he will inaugurate Kartarpur Corridor's Passenger Terminal Building and flag off the first Jatha of devotees.

Inside the main premises of the Gurudwara, the Prime Minister offered his prayers and was presented with a shawl by the priests.