The CBI is probing the incident to check if there was any wrongdoing on the PSU officials' part. 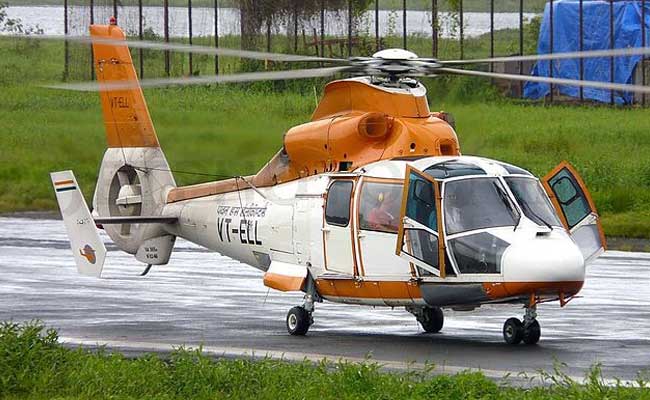 Pawan Hans Limited had signed a service contract of Rs 9 crore with a Russian firm.

The CBI has registered a case against top officials of a public sector helicopter service company on the basis of a Central Vigilance Commission (CVC) complaint that they had transferred Rs 1.85 crore to a fake bank account in Indonesia instead of a Russian firm contracted for repairing chopper engines in 2016. The objective of the probe is to check if the officials concerned had fallen victim to a phishing scam or intentionally diverted the money to a third party.

On May 20, 2015, the company - Pawan Hans Limited - had signed a contract with Russia-based Klimov JSC for overhauling TV 311 VM engines belonging to three Mi-172 transport helicopters at a cost of Rs 9 crore. As per the contract, the public sector enterprise was supposed to pay 30 per cent of the total sum in advance for the work.

Accordingly, the Russian firm sent an invoice for Rs 1.85 crore as advance payment on June 19, 2015, with specific instructions that the money be wired to the JP Morgan Chase bank in New York.

Records with Pawan Hans revealed that their officials received a message seeking the advance payment from Klimov JSC's official email account - service@klimov.ru - on December 12, 2015. The Russian firm also wanted the advance payment to be made to their offshore company account with the Municipal Bank, Bulgaria, due to auditing work being undertaken at the time.

However, as the helicopter engines were yet to be dispatched, the payment was not made then.

The engines were finally sent early the following year, and on March 7, 2016, Pawan Hans officials received an acknowledgment in this regard. This particular e-mail also contained an invoice for the advance payment required to be transferred and a new directive that the funds be sent to an account in Bank Mandi, Indonesia.

Pawan Hans officials followed the instructions to the letter, sending Rs 1.85 crore to the Indonesian bank through wire transfer the same month. They, however, seemed to have overlooked a problematic aspect of the email they had received. It had come from "service@klimov.co", not "service@klimov.ru".

Months went by without anything seeming amiss. The fact that the Pawan Hans officials had fallen prey to a phishing racket came to light only when Klimov JSC contacted them on August 1, 2016, to report that they were yet to receive the advance payment.

In a meeting held between officials from both the firms in November 2016, Klimov JSC clarified that the email address service@klimov.co did not belong to them. An investigation by Russian law enforcement agencies followed, and it was found that the account in the Indonesian bank belonged to one "Bagus Setiawan".

On December 9, 2016, Klimov threatened to drag Pawan Hans to arbitration court if the money wasn't paid. Following this, the Central Vigilance Commission recommended a CBI probe to identify any wrongdoing on the part of Pawan Hans officials.

"This seems to be a case of phishing that officials at Pawan Hans fell victim to. Details such as IP addresses have been acquired from Pawan Hans, and we will soon approach the Indonesian bank through proper channels to seek more information on the said account," a CBI source told NDTV.