The Enforcement Directorate (ED) in its report submitted to Home Ministry has also mentioned how the base of PFI is growing. 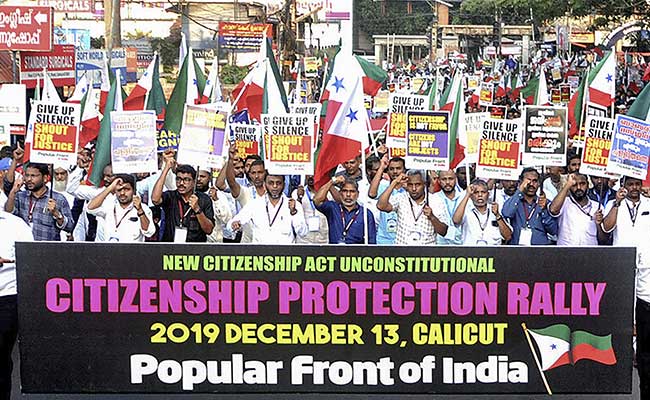 The PFI is being investigated by the ED. (File)

"ED has submitted a report. We have sought some further clarifications from them," a senior functionary in ministry told NDTV.

According to him, the Home Ministry has also sought inputs from some state governments and other agencies on whether the PFI was allegedly involved in anti-CAA protests in their respective states.

The PFI has on several occasions denied any link with any protest against the CAA in the country. At least 25 people have been killed and several injured in protests across the country that erupted as the law was introduced in parliament last December.

"ED has prepared the report after questioning some PFI functionaries in connection with a money laundering probe against the group and an NGO linked to it," a senior official said.

As per the ED report, many officebearers of the Kerala-based organisation were questioned by the agency earlier this month about the finances, expenditure, various sources of funding and beneficiaries of the funds generated or distributed by it.

The ED is probing PFI and NGO Rehab India Foundation (RIF) under criminal provisions of the PMLA as part of an enforcement case information report (ECIR) or FIR filed in 2018.

It is also probing charges that the organisations received and distributed funds from their bank accounts that were allegedly used to fuel some protests against the CAA in various parts of the country.

"The Popular Front of India has stated it multiple times that we fully comply with the law of the land and the allegation of Rs 120 crore transferred from the Popular Front's accounts just before the CAA protests is totally baseless and the people who are levelling these allegations should prove these claims," PFI had earlier said in a statement.

A National Investigation Agency (NIA) FIR and charge sheet against the PFI formed the basis for the ED to file the PMLA case two years ago.