"Today in Jammu and Kashmir only 200-250 people are under preventive detention in view of the law and order situation," Ram Madhav said during an event. 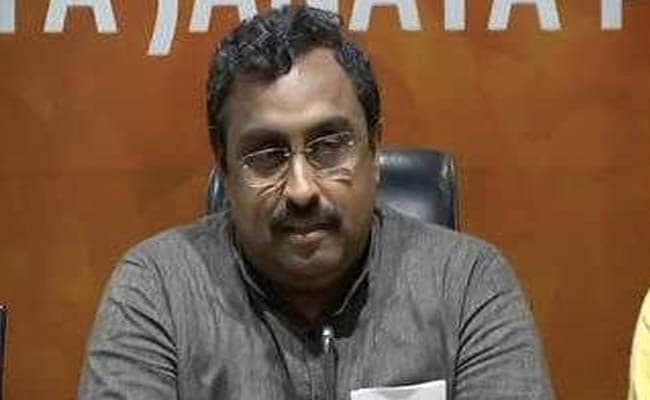 Only outstanding issue between India and Pakistan is the status of Pakistan-occupied Kashmir: Ram Madhav

Only 200-250 people are under preventive detention in Jammu and Kashmir, and they are in five-star facilities, BJP leader Ram Madhav said on Monday, speaking at an event on the government's decision to end special status to the state under Article 370 and the security restrictions that followed.

"I would also like to say that 200-250 people have been put under preventive detention and there has been peace in Kashmir since two months. You can understand what the people of Kashmir want and what these 200-250 people want," said Mr Madhav.

He also asserted that in 1994, a unanimous decision was taken that the only point left to discuss with Pakistan was when they would hand over Pakistan-occupied Kashmir (PoK) to India. "The only outstanding issue between India and Pakistan with respect to Kashmir is the status of PoK," he said.

Petitions have been filed in the Supreme Court against the detentions, which the government said were necessary in order to prevent any violent protests over the Kashmir decision.