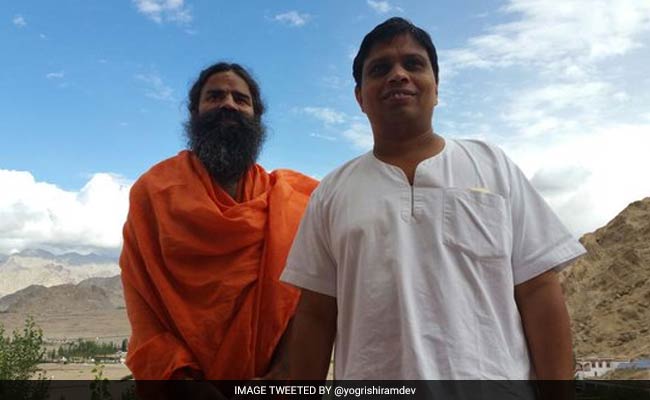 While Baba Ramdev is the face of Patanjali, Acharya Balakrishna owns 96 per cent stake in the firm.

Haridwar: Patanjali CEO Acharya Balkrishna is one of India's richest businessmen, according to the Chinese magazine Hurun.

The list released by the business magazine consists of 399 Indian industrialists in which Mr Balkrishna is ranked 25th with an estimated wealth of Rs 25,000 crore.

Mr Balkrishna has managed to secure his position among India's rich and famous within five years of establishing the FMCG firm Patanjali Ayurved.

"This is an unlisted company and if it has been placed in world's richest company, then it is a big thing. This has been possible because of the immense love and support that we received from the people of the country. Very soon Patanjali will be at the number 1 position," said Mr Balkrishna.

Promoted
Listen to the latest songs, only on JioSaavn.com
According to the report, Patanjali is one of the fastest growing FMCG brands in India with an estimated turnover of over Rs 5,000 crore in the financial year 2015-16. This figure is expected to double by 2017.

Mr Balkrishna holds a 96 per cent stake in Patanjali Ayurved, while yoga guru Baba Ramdev is the face of the Haridwar-based consumer products firm.