The panel asked the government to ensure a foolproof mechanism for a regular supply of nutritious food to them. 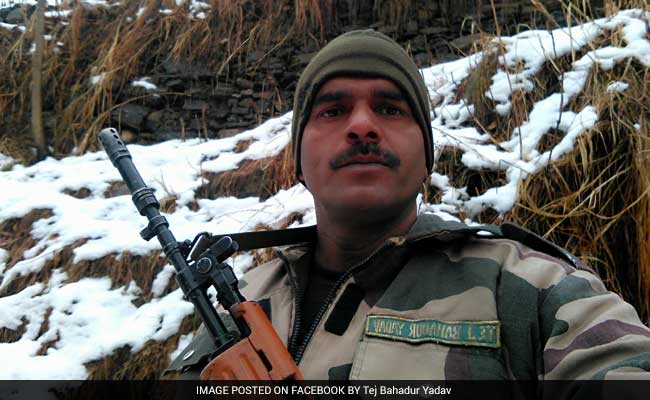 Last year, a BSF soldier in a video had complained about bad quality food being served to the troops.

A parliamentary panel expressed disappointment over "difficulties" being faced by CRPF soldiers deployed to fight Maoists in Chhattisgarh in getting their daily meals. The panel asked the government to ensure a foolproof mechanism for a regular supply of nutritious food to them.

The parliamentary standing committee on home affairs, headed by Congress leader P Chidambaram, also expressed anguish over some of the CRPF personnel living in "sub-human conditions" in different parts of the country.

"The committee feels that it is essential that the jawans are provided with good quality food. But the committee is disappointed to note that the CRPF personnel posted in Chhattisgarh, who are serving under extremely hard conditions with enhanced threat to life, have to go through difficulties in even getting their daily meal requirements fulfilled.

"They have to depend on local 'haats' and contractors for supply of raw material for their food. The committee recommends that a foolproof mechanism should be developed for ensuring regular supply of nutritious food, including dishes/raw materials of different cuisines to all CRPF camps particularly those which have no access or difficult access to local market like Bastar in Chhattisgarh," the panel said in its report submitted to Rajya Sabha today.

The committee said the home ministry may explore the feasibility of using refrigerator vans to supply food articles periodically and the less accessible places of deployment like Bastar.

"The committee further recommends that the ministry of home affairs should form a food inspection committee comprising dieticians, experienced food inspectors, and officials of the ministry, tasked with the duty of performing surprise checks of food quality and hygiene, especially at the remote and inaccessible locations," it said.

In April 2017, a BSF soldier, who posted a clip on social media complaining of bad quality food being served to the troops, was dismissed from service following an inquiry.

Tej Bahadur Yadav was sacked by the border guarding force on the basis of a report of a staff court of inquiry. The inquiry, officials had said, found the soldier guilty of making false charges.

The parliamentary panel also expressed anguished to note that the CRPF personnel are "compelled to live in sub-human conditions" which affects their dignity, morale and motivation.

"There is an acute shortage of decent living conditions for the CRPF personnel as the state governments (where they are deployed) fail to provide basic infrastructure to them," it said.

The committee recommended that an outside agency should be hired to conduct surveys every six months among the CRPF personnel deployed in the states regarding their living conditions.

"If the state governments are found to be lacking in providing adequate infrastructure and other facilities in accordance with the provisions of the Standard Operating Procedures framed by the MHA, the ministry must bring it to the notice of the respective state government and first issue an advisory and if the same is not acted upon within the stipulated time frame, the Ministry should consider withdrawing the deployed troops for violation of SOP conditions," it said.