Parliament Budget Session 2021: President said that the facilities of Ayushman Bharat Yojana can be availed in any of the 24,000 hospitals across the nation.

President Ram Nath Kovind also paid tribute to those who succumbed due to the virus.

The Budget Session of Parliament began today with strict observance of restrictions for coronavirus and President Ram Nath Kovind addressed the members of both Houses seated in three locations.

He congratulated the Central government for its "timely decision" to implement lockdown as it  "saved the lives of lakhs of citizens", and pointed out that the number of new coronavirus cases was going down rapidly in the country.

President Kovind, in his address to a joint sitting of the two Houses of Parliament, also paid tribute to those who succumbed due to the virus.

"Joint sitting of Parliament amid Corona pandemic is essential. It's a new year, a new decade and we are also entering into the 75th year of independence. Today all MPs are present here with message and trust that however tough be the challenge neither we nor India will stop. In this fight against the pandemic, we lost many citizens. Former President Pranab Mukherjee passed away in this Corona period. Six MPs left us untimely due to COVID. I pay my tribute to all of them," he said.

"I am satisfied that the timely decision taken by my Government saved the lives of lakhs of citizens. Today the number of new COVID cases is going down rapidly. The number of recoveries is very high," he added.

Commenting upon the vaccination drive against COVID-19 which started on January 26, President Kovind said, "It is a matter of pride that India is running the biggest vaccination programme in the world. Both vaccines of this programme are made in India. In this crisis, India shouldered its responsibility towards mankind and provided lakhs of doses of vaccines to several nations."

"We have seen huge benefits of the work done by my government in the last 6 years in the health sector during this corona crisis,"

President said that the facilities of Ayushman Bharat Yojana can be availed in any of the 24,000 hospitals across the nation. "The poor are getting medicines at very low costs at 7000 centres across the country, under Pradhan Mantri Bhartiya Janaushadhi Pariyojana," he added.

Rajya Sabha will function from 9 am to 2 pm and Lok Sabha from 4 pm to 9 pm with Zero Hour and Question Hour.

Here are the Live updates from Parliament Budget Session 2021:

Jan 29, 2021 15:55 (IST)
Opposition raises slogans against 3 farm laws in Lok Sabha
Members of various opposition parties on Friday raised slogans in Lok Sabha demanding repeal of the three new farm laws on day one of the Budget session.
As soon as the House paid tributes to late Union minister Suresh Angadi and 26 former members, including Jaswant Singh, Tarun Gogoi, Motilal Vora, Ahmed Patel and Ram Vilas Paswan, members from the Congress, DMK and the Left parties entered the Well of the House raising slogans.
Shiv Sena members were raising slogans from their seats.
The opposition members were demanding repeal of the three new farm laws. They were also demanding that obituary be paid to the farmers who have died during the agitation by farmers against the legislations.
Over 20 opposition parties boycotted the president's address to the joint sitting of Parliament in support of the demand of the protesting farmers for the repeal of the three farm laws.
Jan 29, 2021 15:35 (IST)
Rajya Sabha adjourned till February 1

Jan 29, 2021 15:23 (IST)
President mentions railways' Kisan Rail in his address in Parliament
The ambitious Kisan Rail project of the railways found a mention in President Ram Nath Kovind's address in Parliament on Friday, indicating its significance for the government as a service for the agriculture sector.
Announced by Finance Minister Nirmala Sitharaman in Budget 2020, the service was set up through the public-private-partnership (PPP) mode for a cold supply chain to transport perishable goods.
"The Kisan Rail, started throughout the country, is helping to chart a new course by increasing the access of Indian farmers to new markets. This rail is like a mobile cold storage. So far, over 100 kisan trains have been started, which have enabled the farmers to transport over 38,000 tonnes of foodgrains, fruits and vegetables from one region to the other," the president said.
The first such train service was launched in August last year between Devlali in Maharashtra and Danapur in Bihar.
Jan 29, 2021 15:11 (IST)
Proceedings of the House begin in Rajya Sabha.

Proceedings of the House begin in Rajya Sabha.#BudgetSession2021pic.twitter.com/k9dHvAmYGB

Jan 29, 2021 14:30 (IST)
Three controversial laws at the core of farmer protests have been paused by the Supreme Court and the government will respect the order, President Ram Nath Kovind said today while strongly defending the measures. The government is trying to tackle misgivings over the laws, he told parliament in his traditional budget session address, which was boycotted by 19 opposition parties in support of the farmers' demand that the three laws be repealed.
Jan 29, 2021 13:27 (IST)
Lok Sabha adjourned till Monday.
Jan 29, 2021 13:21 (IST)
Today's Budget Session commenced with President Ram Nath Kovind's address, but it is really unfortunate that the entire Opposition boycotted it: Union Minister Ravi Shankar Prasad
Jan 29, 2021 13:02 (IST)
Rashtriya Loktantrik Party (RLP) MP Hanuman Beniwal showed a placard and raised slogans, demanding the repeal of the three farm laws, during the President's Address in the Parliament today.

Delhi: Rashtriya Loktantrik Party (RLP) MP Hanuman Beniwal showed a placard and raised slogans, demanding the repeal of the three farm laws, during the President's Address in the Parliament today.

Jan 29, 2021 12:19 (IST)
Aatmanirbhar Bharat isn't just confined to manufacturing in India but also a campaign aimed at elevating the standard of living of every Indian and boosting self-confidence of the country. Our goal of Aatmanirbhar Bharat will be further strengthened by self-reliance in agriculture: Vice President M Venkaiah Naidu.
Jan 29, 2021 11:57 (IST)
India carried out the world's largest evacuation and repatriation initiative - The Vande Bharat Mission - where India got back more than 50 lakh Indians (5 million) to India from abroad, and also helped over 1 lakh foreign nationals reach their homes. There has been appreciation globally for this initiative.
Jan 29, 2021 11:52 (IST)
The nation is recovering from the damage that the economy suffered while saving the life of every Indian during the Corona period. Even in this difficult time, India has emerged as an attractive destination for global investors: President Ram Nath Kovind.
Jan 29, 2021 11:41 (IST)
Our satellite navigation network NavIC is also growing. It is now helping tens of thousands of fishermen. A new atomic clock is also dedicated to the nation... It would be important to ensure that the quality of our products improve further and will help our manufacturers reach global markets more easily. 4 new labour codes have also been introduced by my government. These have also been welcomed by state governments. Keeping the future needs in mind, a new Parliament building is also being made, which will help all MPs in carrying out their work much better.
Jan 29, 2021 11:32 (IST)
The priority of my government is to help small businesses, and hence significant changes have been made to the medium and small-scale enterprises sector. The entire MSME sector has been reformed.
Jan 29, 2021 11:29 (IST)
My government has also recently started the farm rail initiative, which ensures that our farmers get access to greater markets.
Jan 29, 2021 11:26 (IST)
More than 10 crore small farmers have benefitted from farm laws. From time to time, some state governments have also appreciated it and extended support. Farmers recently carried out a tractor rally. However, there was violence during the protests and there were incidents of insulting that national flag at Red Fort on Republic Day. This was very unfortunate. Our Constitution, for which we celebrate our Republic Day, tells us about the freedoms we enjoy, but it also tells us our responsibility as citizens to ensure that having respect for the law and maintaining order is our duty.
Jan 29, 2021 11:19 (IST)
Education sector is another, where my government is working tirelessly. There are now more than 50,000 new seats available for students entering college this year. The PM has given approval for 22 new AIIMS too. My government is taking some major steps to ensure the betterment of farmers. The agriculture sector is a priority for my government. I am happy to announce that my government has set new records in buying at MSP from farmers... not just that, my government has implemented the Swaminathan committee report on agri sector. Under the per drop-more crop initiative, my government is working round-the-clock to ensure better produce for our farmers.
Jan 29, 2021 11:16 (IST)
We have reached a time and place where we must reduce our dependence on others for our needs. We must work now to become aatma-nirbhar (self-reliant) and self-sufficient. We can achieve this... we have just seen this happen in the healthcare sector. Today India is successfully running the world's largest vaccination drive, all on its own. We need to do this in all aspects of life.
Jan 29, 2021 11:09 (IST)
It is always an honour to address the joint session of Parliament. When we unite, when the nation unites, we achieve great things. Last year we all experienced a pandemic, one that is still ongoing. It is even more in such times that we must all need to come together and work together. We have lost lives to this pandemic. We have lost some great people like our former President, Pranab Mukherjee and several others: President Ram Nath Kovind.
Jan 29, 2021 10:52 (IST)
Lok Sabha Speaker Om Birla arrives at the Parliament. 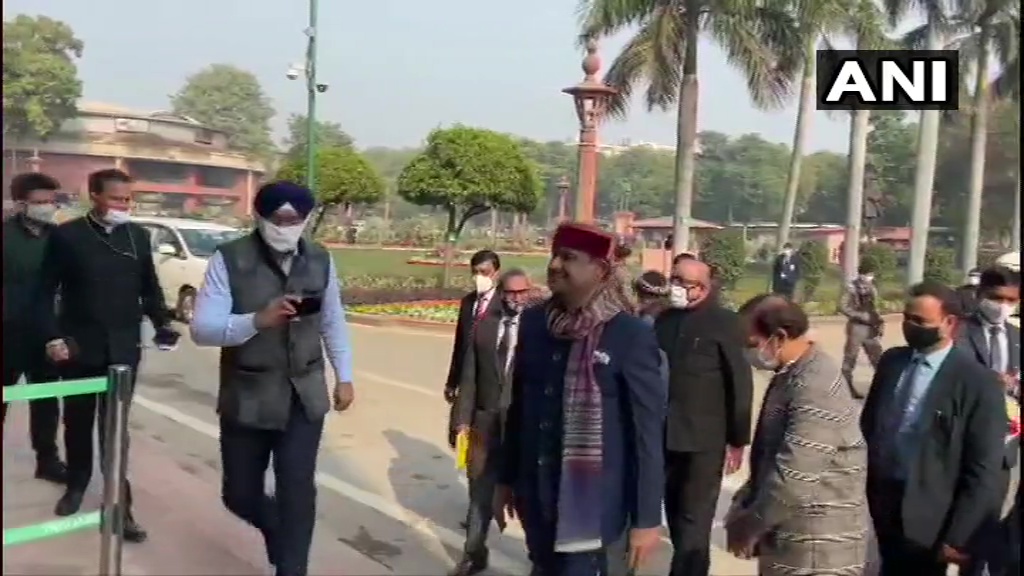 Jan 29, 2021 10:51 (IST)
This is the Budget Session. For the first time in India's history, in a way, the Finance Minister had to present 4-5 mini budgets in 2020 in the form of different packages. So this Budget will be seen as a part of those 4-5 mini budgets, I believe this: PM Modi.
Jan 29, 2021 10:48 (IST)
This decade should be fully utilised. Keeping this in mind, there should be discussions in this session focussing on the decade - this is expected by the nation. I believe that we will not lag behind in making our contribution for the fulfilment of people's aspiration: PM Modi
Jan 29, 2021 10:42 (IST)
Today commences the first Session of this decade. This decade is very important for the bright future of India. A golden opportunity has come before the nation to fulfill the dreams seen by the freedom fighters: Prime Minister Narendra Modi at the Parliament
Jan 29, 2021 10:38 (IST)
Parliamentary Affairs Minister Pralhad Joshi urges opposition parties not to boycott President's address.

I appeal to opposition parties to not boycott President's address.#BudgetSessionpic.twitter.com/RCisZ7q4MX 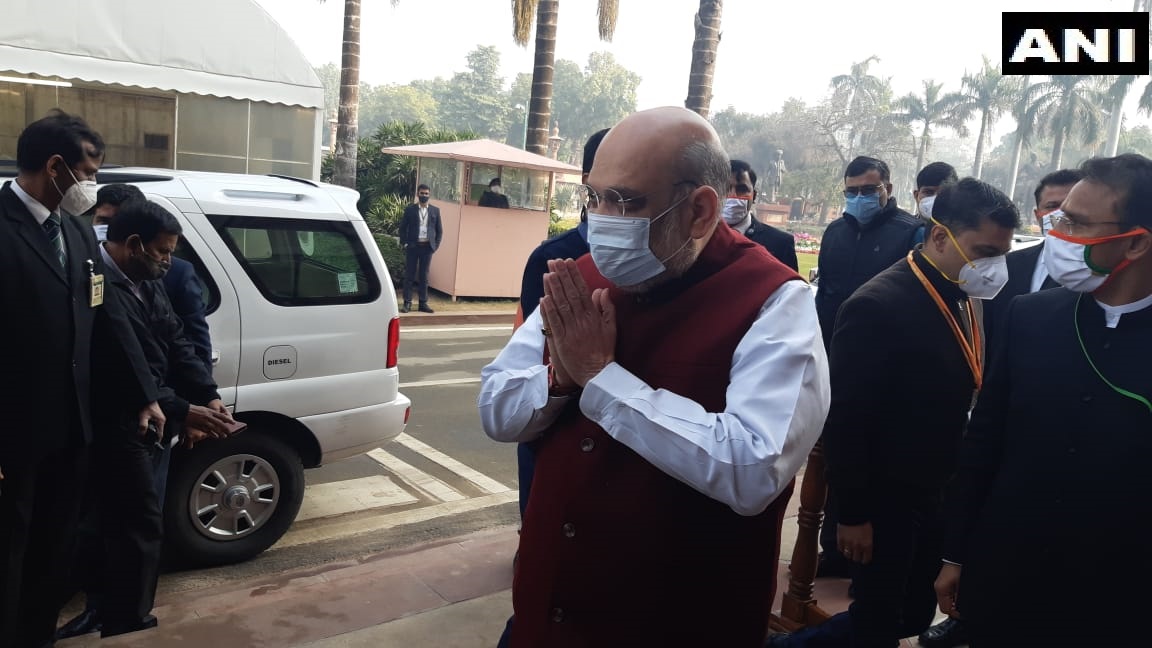 Jan 29, 2021 10:33 (IST)
They are shredding the dignity of democracy. In the Parliamentary system, President has his own dignity and boycotting his address is insulting him: Union Minister and BJP MP Giriraj Singh, on Opposition parties announcing their boycott of the President's address at Parliament. 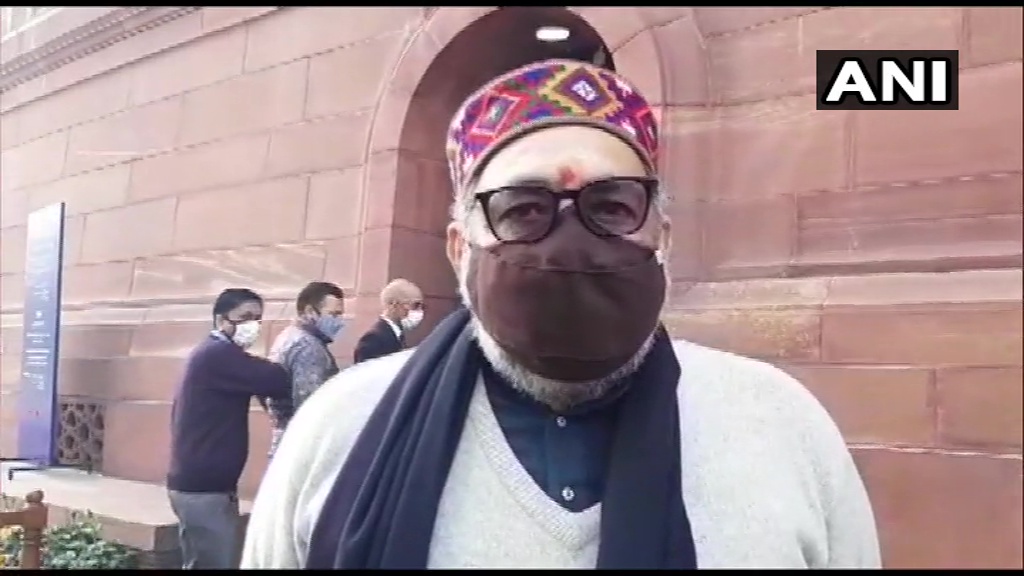 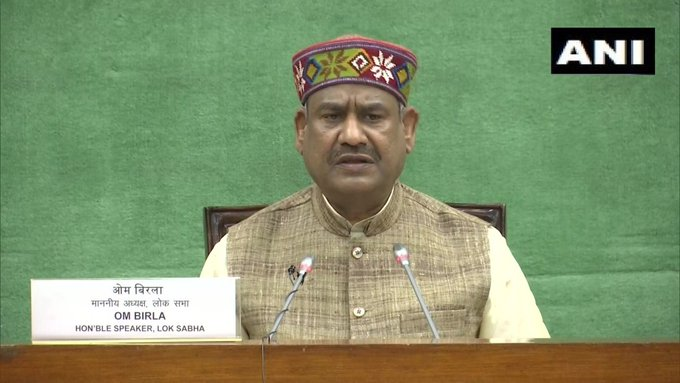 Jan 29, 2021 10:13 (IST)
Amid Covid, Farmers' Protest, Budget Session Of Parliament Begins Today
The Budget session of parliament will begin today with strict observance of restrictions for coronavirus. The Union Budget will be presented on February 1. Read Here
Jan 29, 2021 09:39 (IST)
Security check being done at the Parliament, ahead of the commencement of the Budget Session today.

Delhi: Security check being done at the Parliament, ahead of the commencement of the #Budget Session today. pic.twitter.com/wrQtjZtz4T

#BudgetSession of the Parliament commences today and the Union Budget will be presented on 1st February. This time, a Union Budget Mobile App has been launched to ensure easy access to Budget documents.

Best wishes to Members of both the Houses for a fruitful session ahead. pic.twitter.com/5b4SF6GJZw