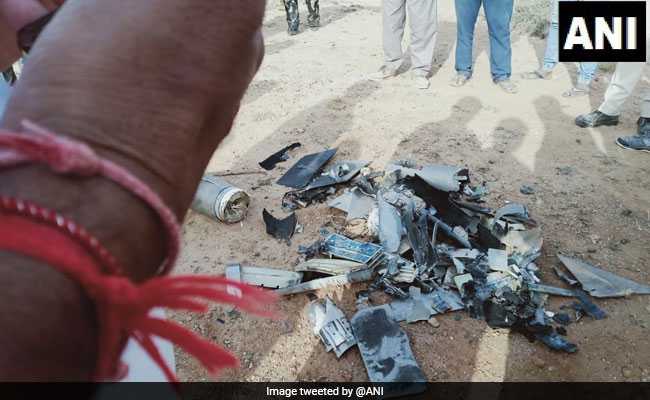 Debris of Pakistani drone was seen at Kutch in Gujarat

A Pakistani drone was shot down by India in Rajasthan's Sri Ganganagar district on Sunday. This is the fourth time that a Pakistani drone was intercepted by India since the air strike on a terror training camp across the Line of Control in Balakot by the Indian Air Force.

"We received information that some item came falling through the roof of a building. We have informed the Army and the BSF (Border Security Force). No injuries have been reported," said Ismail Khan, a senior police officer in Sri Ganganagar.

The first one was shot down on February 26, near the Kutch region of Gujarat, by an Israeli-designed SPYDER surface-to-air missile system. Debris of the unmanned aircraft was seen at Nanghatad village in Kutch.

The second unmanned aerial vehicle or UAV was shot down near the Barmer border on March 4. It was engaged by a Sukhoi fighter jet.

"One UAV intrusion was reported in Ganganagar sector at around 7.30 pm. The drone was engaged and brought down," Colonel Sombit Ghosh, PRO, Defence Rajasthan told news agency IANS.

(With inputs from ANI & IANS)