'Pakistan Could Use F-16s Against India': Rethink Sale, US Lawmakers Tell Obama 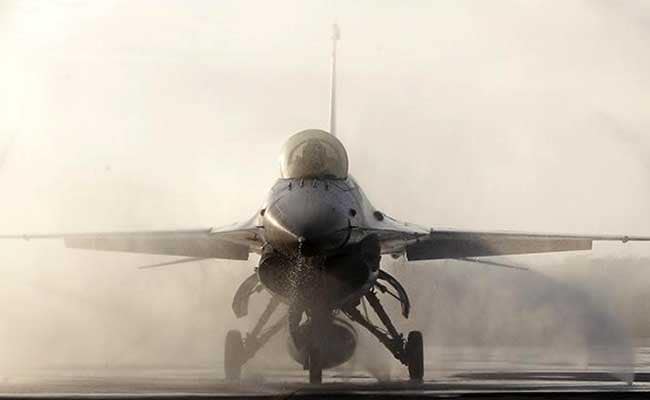 The US Senate has currently put a hold on the decision of the Obama Administration to give eight F-16 fighter jets to Pakistan.

Washington: Top US lawmakers have expressed concerns over the Obama Administration's decision to sell eight F-16 fighter jets to Pakistan, saying the aircrafts could be used against India and not in combating terrorism.

They have also urged the Obama Administration to review its decision in this regard.

"Many members of Congress, including me, seriously question the judgement and timing of such a sale. Additionally, Indo-Pak tensions remain elevated and some question whether the F-16s could ultimately be used against India or other regional powers, rather than the terrorists as Pakistan as asserted," Congressman Matt Salmon said during a Congressional hearing yesterday.

"We've got to be concerned what military assistance and whether the F-16s constitute the least expensive, most efficient way for the Pakistani air force to go after the terrorists and the least disruptive weapon system to the balance of power between India and Pakistan," Congressman Brad Sherman said.

"We need to offer to Pakistan those weapon systems well- crafted to go after terrorists and not crafted for a war with India," Mr Sherman said.

The US Senate has currently put a hold on the decision of the Obama Administration to give eight F-16 fighter jets to Pakistan at an estimated cost of USD700 million.

Mr Salmon asked Mr Olson to clarify the underlying purpose and timing of the intended sale and how is it in the best interest of the United States.

"Despite giving Pakistan enormous amounts of counter-terror assistance over the years, over USD25 billion since 9/11, terrorist organizations continue to operate with impunity in Pakistan.

"Pakistan has used terror as a tool of statecraft and terrorist proxy groups, for the Pakistani military have carried out fatal attacks inside India," he alleged.

The subcommittee chairperson, Ileana Ros-Lehtinen too expressed concerns over sale of F-16 to Pakistan.

"I think that we need to leverage our military sales to Pakistan in order to get some more cooperation within the region. Can you please update us on the status of the F-16 sales and how would you describe our ability to leverage our aid to Pakistan?" she asked.

Mr Olson strongly defended the decision of the Obama Administration saying that this is in the best interest of the United States.

"The administration is supportive of the F-16 sale to Pakistan. This is been developed between our military coordinating groups over the course of time that is consistent with our overall program of support for the Pakistani military, which is based on counterinsurgency and counter-terrorism. The Pakistanis have developed a precision strike capability that they use in the F-16s they have right now to take out targets," he said.

"These are principally the Pakistani Taliban, but we think that that is a good thing. The Pakistani Taliban has been involved in attacks against Americans at Chapman in Afghanistan in 2009 and, indeed, in supporting the Times Square bomber," he said.

"So we applaud the actions that the Pakistanis have been taking against their domestic terrorism threat, even as we call upon them to take more robust action against those groups that threaten their neighbours," he argued.

The use of precision munitions has greatly minimized collateral damage, including civilian casualties, he said.