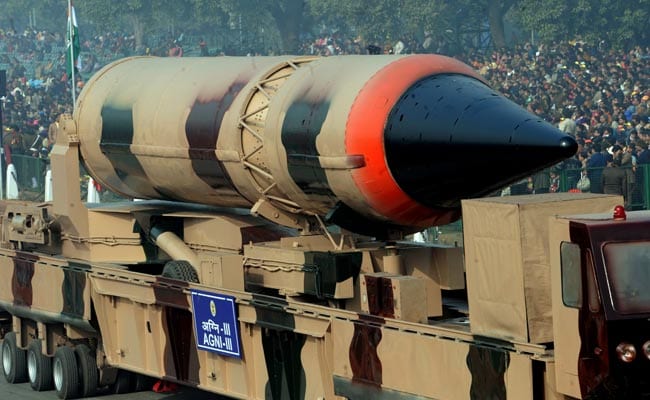 Islamabad: Pakistan today said India is building a "secret nuclear city" to produce thermonuclear weapons as well as developing intercontinental missiles and secretly stockpiling nuclear material. India described the allegation as "a figment of Pakistan's imagination" and an attempt to divert attention from its record of supporting terrorism.

The comments about the "secret nuclear city" were made by Pakistani Foreign Ministry spokesman Nafees Zakaria at a press conference Thursday, without providing evidence or further details.

"The so-called secret city appears to be a figment of the Pakistan (sic) imagination. India has always been in compliance with all its international obligations," said a statement from the External Affairs Ministry, which highlighted India's strong standing internationally for a responsible nuclear doctrine.

Promoted
Listen to the latest songs, only on JioSaavn.com
Pakistan's claim comes as India attempts to gain membership of the 48-nation Nuclear Suppliers Group or NSG, which control trade in sophisticated nuclear material and technology. China leads the countries that blocked India's entry citing that it has not signed the Nuclear Non-Proliferation Treaty, which seeks to control the international arms race.  Beijing argued that if  India is allowed into the NGG, Pakistan must also gain access. However, Pakistan's history of nuclear proliferation is damaging including the fact that  father of its nuclear weapons programme ran an illicit network for years hat sold nuclear secrets to countries including North Korea and Iran.