Padmavati Controversy: Ahead of "Padmaavat's" release on Thursday after a Supreme Court order, Rajasthan and Madhya Pradesh had petitioned the top court for a review and said that states must be allowed to stop the film on grounds of law and order trouble because of protests against it. 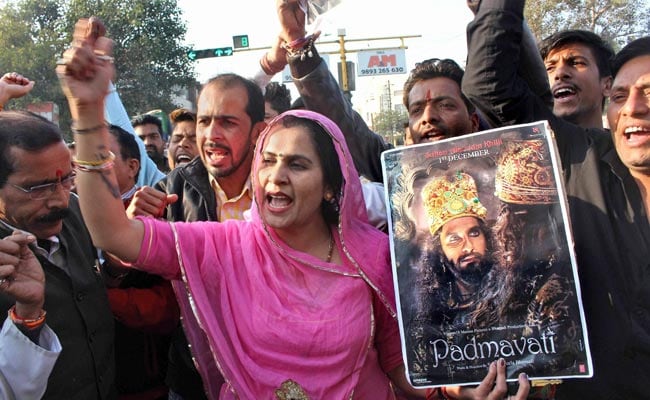 The Karni Sena has been protesting ahead of the film's scheduled release on Thursday.

New Delhi: The Supreme Court today rejected the pleas of Rajasthan and Madhya Pradesh government who had sought a ban on the release of Bollywood period drama, Padmaavat. Ahead of "Padmaavat's" release on Thursday after a Supreme Court order, Rajasthan and Madhya Pradesh had petitioned the top court for a review and said that states must be allowed to stop the film on grounds of law and order trouble because of protests against it. The group that had led these protests, the Karni Sena, also asked the top court to ban the film saying its makers twisted history. The three-judge bench headed by Chief Justice Dipak Misra observed that it was best for the governments and others to abide by the apex court order. It said,'' People must understand that there is a statutory body and we have passed an order. You (states) can advise people not to watch the movie," the judges said.

Earlier Rajasthan, Madhya Pradesh, Haryana and Gujarat had said they will not screen Padmaavat in the states, before the Supreme Court set aside their orders on January 18. Despite the court ruling, protesters have not backed down. The Karni Sena has vowed to burn theatres that screen Padmaavat. The protesters believe that the film distorts history and shows Rani Padmini, a legendary Rajput Queen renowned for her beauty, in poor light. The Sanjay Leela Bhansali film starring Deepika Padukone, Ranveer Singh and Shahid Kapur was cleared earlier this month by the censor board, which suggested changes. The title of the film was also changed from "Padmavati" to "Padmaavat".

Here are the highlights of the controversy surrounding the film:

Jan 23, 2018 15:00 (IST)
Sena leader Lokendra Singh Kalvi said "We are ready to watch the film. We never said that we will not watch the film. The filmmaker had assured us one year ago that he will go for a special screening and now he has written for the screening and we are ready for that," according to PTI reports.
Jan 23, 2018 14:53 (IST)
Karni Sena, the group opposing film 'Padmaavat', said it is ready to watch the Bollywood period drama as offered by Bhansali productions. In a letter on Saturday, filmmaker Sanjay Leela Bhansali invited the group to watch the film, promising that "the film will make the entire Rajput community proud".
Jan 23, 2018 14:45 (IST)
Union Minister Gajendra Singh Shekhawat says, "We BJP workers are moral descendants of Padmaavati. She sacrificed her life to save nation's pride and her honour, we also believe in the same ideology. We are always determined to save country's cultural honour." 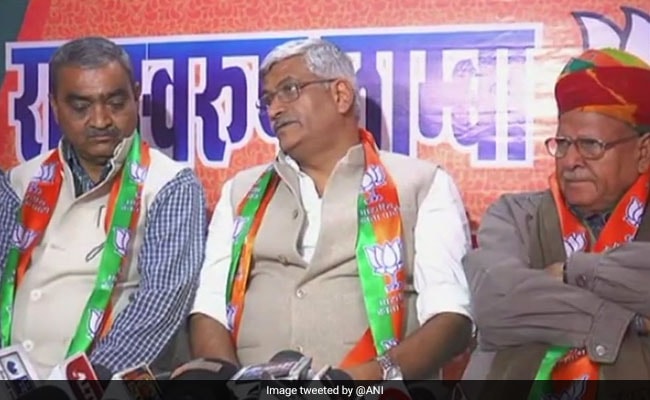 Jan 23, 2018 14:28 (IST)
Cinema Owners & Exhibitors Association of India (COAEI) has written to the Home ministry and sought sufficient security outside theaters screening Padmaavat. The association has also advised theaters that they should show the film after ensuring proper security according to ANI reports.
Jan 23, 2018 14:00 (IST)
OP Singh, DGP Uttar Pradesh says, "We will take appropriate action at the appropriate time depending upon the strategy, situation. We will certainly respect the decision of Supreme Court." Jan 23, 2018 13:29 (IST)
Rajput Karni Sena president Mahipal Singh Makrana said that, "The state government is well aware that they won't be able to handle law and order situation. They know our history. It is conspiracy. They have deliberately decided to release the film around 26th January keeping in view that the national security will be intact in all over the country and Karni Sena won't be able to do anything that day."
Jan 23, 2018 13:18 (IST)
Rajasthan Home Minister Gulab Chand Kataria said, "Our review petition in Supreme Court has been rejected as well. Now, we have no other alternative but to ensure law and order situation in the state & that we will do." 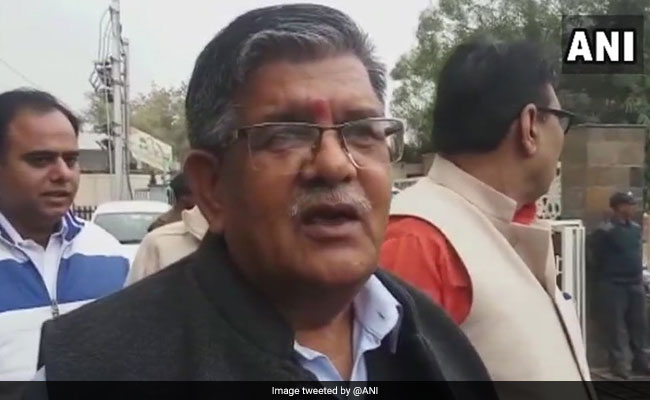 Jan 23, 2018 13:12 (IST)
Deepika Padukone visits Siddhivinayak temple ahead of release of her movie Padmaavat. Deepika and the film's director Sanjay Leela Bhansali had even received death threats for the film. 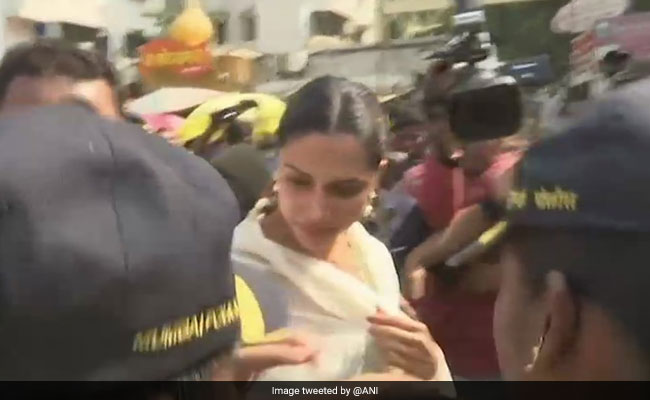 Jan 23, 2018 13:07 (IST)
In Patna, online bookings for Padmaavat were stopped following protest and threat by Karni Sena's activists according to IANS reports.
Jan 23, 2018 12:23 (IST)
The three-judge bench headed by Chief Justice Dipak Misra observed that "People must understand that there is a statutory body [that certified the movie], and we, too, passed an order. Better abide by it. Don't watch the movie if you don't want to, but there cannot be a ban on screening."
Jan 23, 2018 12:08 (IST)
Karni Sena has begun it's protests in Sawai-Madhopur against Supreme Court refusing to stop screening of "Padmaavat". 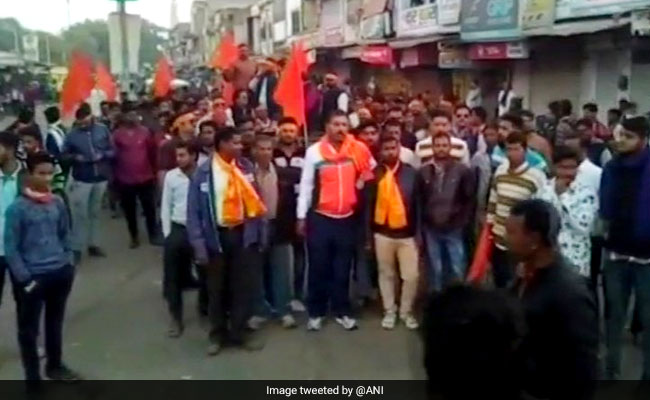 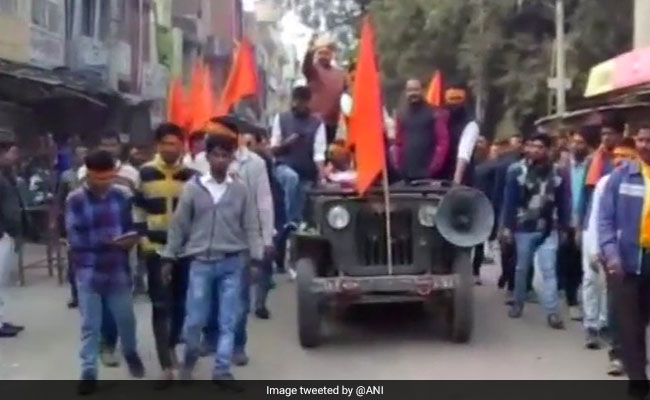 Jan 23, 2018 12:01 (IST)
"It is better to advice people not to watch the movie," the judges told the states and the Karni Sena, which had petitioned against the film's release.
Jan 23, 2018 11:58 (IST)
Supreme Court said that, "people must understand that apex court has passed the order and they must abide by it."
Jan 23, 2018 11:42 (IST)
On Padmaavat, Supreme Court refuses to modify order clearing film's release in Madhya Pradesh and Rajasthan, says 'states must obey court orders'.
PadmaavatPadmavati