Manjamma Jogati became so adept at Jogati Nritya and Janapada songs that the art forms themselves grew in popularity with her. 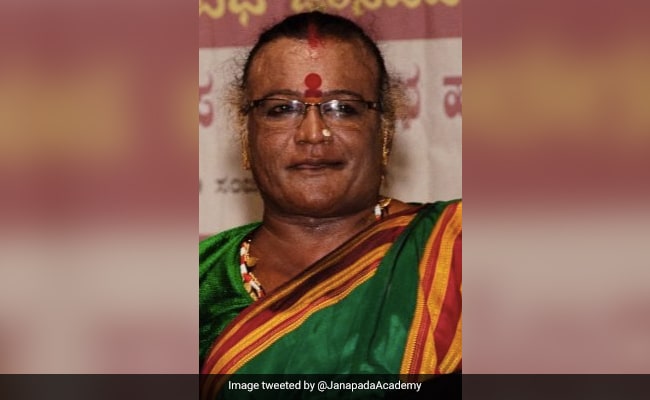 The list of Padma awards recipients this year includes a transgender from Karnataka who has over the past many decades practised and single-handedly popularised rural folk arts. For Manjamma Jogathi, the Padma Shri comes after decades of social and financial struggle. Overcoming personal odds, Manjavva Jogati, as she would be called in Karnataka, held aloft the cause of these art forms, especially the Jogati Nritya and Janapada songs, practiced in rural Karnataka, Maharashtra, and parts of Andhra Pradesh.

Now in her early 60s, Manjamma Jogati, originally named Manjunath Shetty by her parents, began to identify as a woman in her teens. Her family from Ballari district then disowned her by making her part of a transgender community in rural Deccan that reveres the fiery Goddess Renuka Yellamma. Members of this community are considered married to the goddess. The community's lifestyle and the plight of its members were highlighted in the national award-winning 2009 Marathi movie Jogwa, starring Upendra Limaye and Mukta Barve.

Amid all her hardship - poverty, social exclusion, and even rape - however, Manjamma Jogati mastered, among other art forms, the Jogati Nritya and Janapada songs, Kannada language sonnets in praise of various female deities.

She became so adept at these that the art forms themselves grew in popularity along with her as she adorned hundreds of stages, both within and outside Karnataka. In 2006, she was awarded the Karnataka Janapada Academy Award and, 13 years later, in 2019, she herself was appointed President of the institution, becoming the first transgender to occupy the position.

In 2010, the Karnataka government honoured her with the annual Kannada Rajyotsava award.

Delhi Man Stabbed To Death In Front Of His Brother; 5 Arrested: Police