Alleging that Defence Minister Nirmala Sitharaman was "not aware of anything", he said in the NDA regime, three Union ministers have been taking care of the defence portfolio. 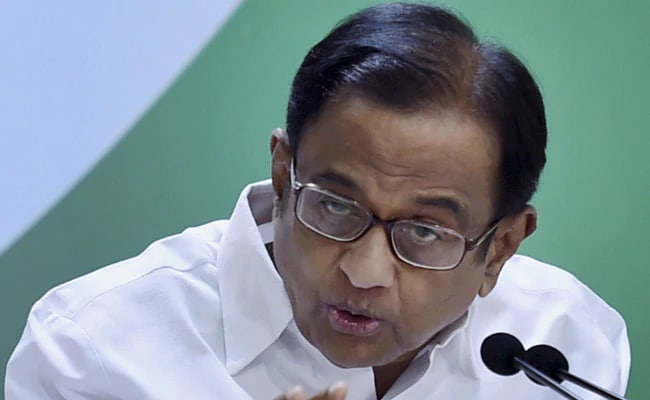 Senior Congress leader P Chidambaram Monday sought to know why the BJP-led NDA government was buying so few Rafale fighter jets if they were cheaper as claimed by it.

Talking to reporters in Tamil Nadu's Karaikudi on sidelines of a party meeting, he said the United Progressive Alliance (UPA) government had decided to buy 126 Rafale aircraft and entered into an agreement.

But, the present government had cancelled it and inked a new deal.

"They claimed that the fighter jet was cheaper...In that case they should tell how they (jets) are cheaper...They are not revealing...besides if the cost of the plane is cheaper then why not buy more jets? Why is the government buying only 36 jets?," the former Union minister said.

Alleging that Defence Minister Nirmala Sitharaman was "not aware of anything", he said in the National Democratic Alliance (NDA) regime, three Union ministers have been taking care of the defence portfolio.

"None of them did a proper job," Mr Chidambaram said.

Union minister Arun Jaitley had earlier said the fully weaponised fighter jets which his government was buying are 20 per cent cheaper than the ones offered under the previous UPA regime.

In 2015, then defence minister Manohar Parrikar had said the government had decided to buy only 36 Rafale fighter jets, scrapping the earlier plan to acquire 126 of the French aircraft, on grounds of huge cost.

A French media report had quoted former French president Francois Hollande as purportedly saying that the Indian government proposed Reliance Defence as the partner for Dassault Aviation in the Rs 58,000 crore Rafale deal and France did not have a choice.

Subsequently, the Congress and other Opposition parties have stepped up their attack on the Modi government over the deal.