Over 5 Crore Farmers Yet To Get Full Amount Under PM-Kisan Scheme: Report

The data showed about 2.51 crore farmers have not got the second installment and 5.16 crore of them were yet to get the third installment. 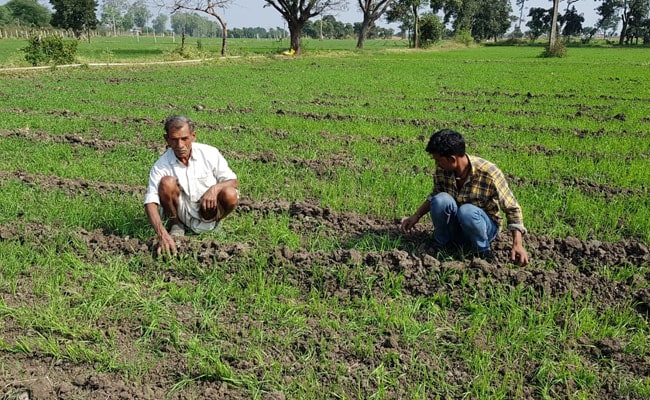 Over 9 crore farmers have registered themselves under the scheme. (Representational)

Over five crore farmers were yet to get the third installment of money under the Centre's ambitious PM-Kisan scheme, aimed at providing direct support of Rs 6,000 annually to them, according to the latest Ministry of Agriculture and Farmers' Welfare data.

The total amount of the scheme, which came into effect on December 1, 2018, is to be paid in three equal installments of Rs 2,000 every four months.

The data showed about 2.51 crore farmers have not got even the second installment and 5.16 crore of them were yet to get the third installment.

Over 9 crore farmers have registered themselves under the scheme between December 2018 and November 2019, it said.

Of these, 7.62 crore or 84 per cent of farmers have received the first installment.

The agriculture ministry, in its response, gave three sets of data mentioning the benefits given to farmers under the scheme between December 2018 and November 2019.

There was no mention why nearly 50 lakh, 70 lakh and 90 lakh registered farmers during this period did not get the first, second and third installment respectively.

There was no registered beneficiary in West Bengal and Sikkim, hence no amount was disbursed during this period, according to the data.

Giving details of the 3.08 crore farmers registered between April and July last year, it said 2.66 crore and 2.47 crore beneficiaries have got their first and second installments respectively.

The RTI reply did no mention why around 40 lakh and 61 lakh registered farmers during this period did not get their first and second installment respectively.

There was no registered beneficiary during this period in West Bengal, Punjab and Chandigarh and therefore nobody was paid first and second installments.

The ministry said around 1.19 crore beneficiaries were registered between August and November 30, 2019, of these nearly 73.66 lakh farmers have been given the first installment.

There was no mention of payment of first installment to over 45 lakh eligible beneficiaries during the period.

The ministry was asked to provide the total number of farmers, state-wise, and the amount received by them under the Pradhan Mantri Kisan Samman Nidhi or PM-Kisan scheme.

"PM-Kisan Samman Nidhi scheme has been implemented from December 1, 2018. It is stated that PM-Kisan is a continuous and ongoing scheme, in which the financial benefits are transferred to the bank accounts of the identified beneficiaries as and when their correct and verified data is uploaded by the concerned states/union territories on PM-Kisan web portal," the ministry said in the RTI response vide its letter dated December 26, 2019.

The data of beneficiaries so uploaded by them undergoes a multi-level verification, including by banks, and only then the amount is released to the beneficiary, it said, adding that www.pmkisan.gov.in website can be accessed to get more details on the operational guidelines of the scheme.

There was no beneficiary registered during the period from West Bengal, which has refused to implement the scheme, according to the ministry's response.