Over 400 Deaths In Delhi For Second Day; Positivity Rate Falls Below 30% 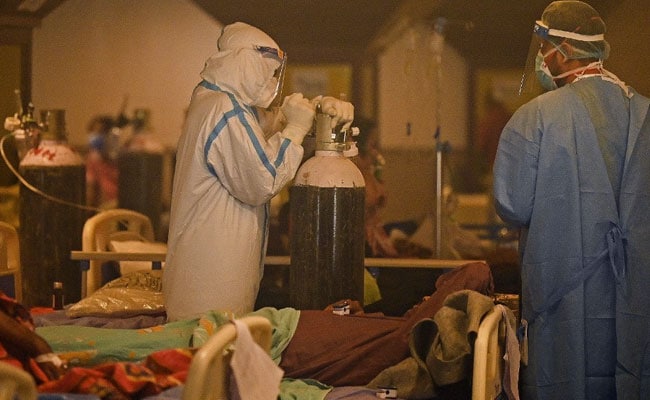 For the second straight day, Delhi reported over 400 Covid deaths on Sunday while the positivity rate - the rate at which people getting tested for Covid receive positive results - dropped below 30 per cent, according to the state health bulletin. The city also added 20,394 fresh cases.

It reported 407 deaths on Sunday, a tad behind the 412 deaths on Saturday, the highest so far. The positivity rate stood at 28.33 per cent.

A significant number of 24,444 patients recovered from the virus during the period.

The city's hospitals have been facing a dire shortage of liquid medical oxygen, beds, and key medicines, with many people dying waiting for treatment.

The Delhi government has also announced that it will extend for another seven days a lockdown it first imposed for a week on April 19 which was subsequently extended by a week on April 25. The current shutdown had been due to expire on Monday but was extended as the number of cases is still rising fast in the city.

The country is battling a deadly second wave of coronavirus which has overwhelmed health facilities and caused a massive surge in cases.