The Aam Aadmi Party shared the information on Twitter with the caption "Our dream is corruption free Punjab" and said over 2,500 complaints are being received every day. 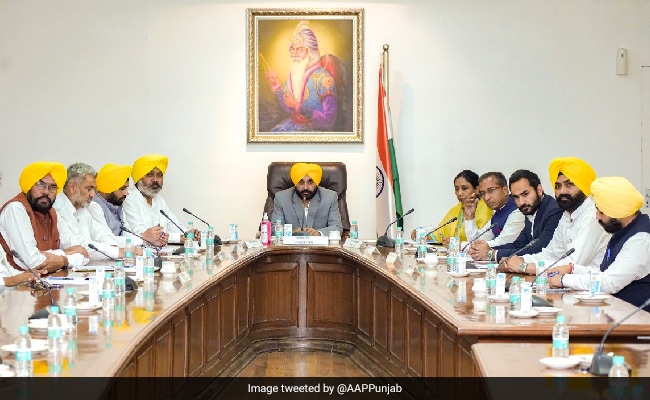 The Punjab Government had launched the helpline in March. (File Photo)

The Aam Aadmi Party in Punjab on Saturday said it has received more than three lakh complaints so far on its anti-corruption helpline, adding it will take a "strict action" against those who indulge in corruption.

Over 2,500 complaints are being received every day on the 'anti-corruption action line,' it said.

The Aam Aadmi Party, which governs Punjab, shared the information from its Twitter handle.

"Our dream -- corruption-free Punjab," it said.

The Bhagwant Mann-led government in March had launched the anti-corruption helpline that allowed people to send audio or video of officials indulging in corrupt practices.

Complaints against corruption are examined by the Punjab Vigilance bureau.