"Our Reliance On English...": PM Modi's Pitch To Foreign Firms

Only days before PM Modi was to leave for the US, Home Minister Amit Shah's appeal to unify India with Hindi drew sharp reactions from regional leaders who saw it as an attempt to impose the language on non-Hindi speaking states 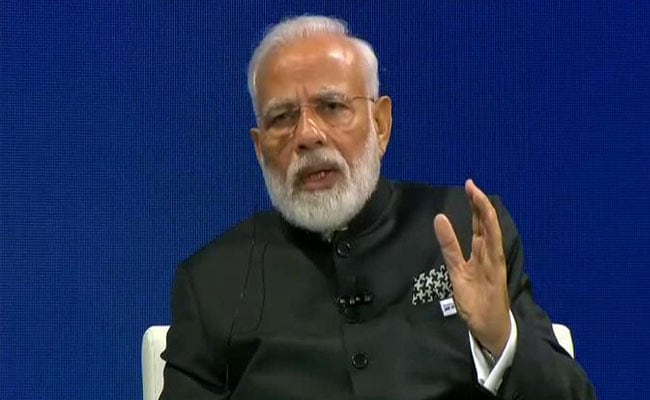 PM Modi is in the US for a week-long visit

The Prime Minister also spoke about language at 'Howdy, Modi!', a public event in Houston on Sunday where he addressed a crowd of more than 50,000 people.

"For centuries, our nation has progressed with the co-existence of several languages, and several dialects. Even today, these are the mother-tongue of crores of people," he said.

The PM's statements are being seen as both attempts to connect with the diverse Indian community in the US and with potential investors.

Only days before the Prime Minister was to leave for his US visit, Home Minister Amit Shah's appeal to unify India with Hindi drew sharp reactions from regional leaders who saw it as an attempt to impose the language on non-Hindi speaking states.

"Today, if there is one language that has the ability to string the nation together in unity, it is the Hindi language which is the most widely-spoken and understood language in India," Mr Shah had said.

Tamil Nadu led the charge against Mr Shah's appeal with Leader of Opposition and DMK chief MK Stalin asserting Hindi could not be imposed on the southern states. "This is India, not Hindia," he declared.

South actor-turned-politician Kamal Haasan made an emotional appeal, warning the centre not to start a language war that "India or Tamil Nadu doesn't need or deserve".

Amit Shah later clarified he never asked for the imposition of Hindi over regional languages.

The imposition of Hindi in non-Hindi speaking states is an emotive issue, particularly in South India. It has long been opposed by Tamil Nadu, which has seen several anti-Hindi protests over the past few decades.