Only Dialogue Can Solve Problems Faced By Jammu And Kashmir: Governor

NN Vohra said divisive and confrontational approaches can never lead to the resolution of any of the problems. 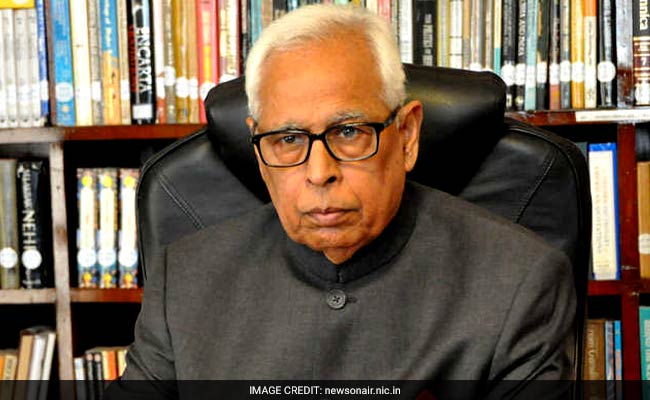 NN Vohra took office of the Governor in the Jammu and Kashmir 10 years ago.

Jammu and Kashmir Governor NN Vohra today asserted that only dialogue and discussion can solve problems faced by the state as a confrontational approach will never lead to any resolution.

Mr Vohra, who took office of the Governor in the state 10 years ago, was delivering his Independence Day address at the Sher-e-Kashmir cricket stadium here.

"To pull the state out of the prevailing environment of suspicion, fear, distrust and growing cynicism, it is of crucial that all stakeholders ? whatever be their political convictions or religious ideologies ? close ranks and muster the courage to accept that our problems can be resolved only through dialogue and discussion and by making sustained sincere efforts towards promoting reconciliation and communal harmony," he said.

Mr Vohra said divisive and confrontational approaches can never lead to the resolution of any of the problems.

"As we have seen for ourselves, such approaches have only generated vested interests which have fractured our society and severely damaged our centuries-old syncretic values and traditions," he said.

The governor appealed to the leaders of all political parties in the state, and to those at the helm of various social, cultural, religious and other influential organisations, to ponder seriously over what had been gained from the endless turmoil, the continuing human and economic losses and the sufferings which the people have been undergoing over the past several decades.

"It also needs being recognised that the activities of all those whose sole objective has been to stoke unrest have resulted only in branding our state with a negative profile which has discouraged tourism, external investments and adversely affected the economic advancement," he said.

The governor, who took the reins of Jammu and Kashmir following the fall of the PDP-BJP government on June 19, said it had been his unflinching endeavour to see that the entire administrative apparatus, from the village level up to the state secretariat, functioned with promptitude, efficiency and complete accountability.

"My three advisers, the chief secretary and I have been working to infuse the governmental machinery with the required zeal to perform effectively and deliver efficient services to all the people in our state," Mr Vohra added.

For resolving outstanding issues delaying the implementation of development works and delivery of welfare programmes, the governor's administration has been continuously engaged in reviewing the functioning of every department, he said.

"The first priority of the governor's administration is to ensure the maintenance of public order and to see that the entire administrative apparatus functions with speed and efficiency. Among the many problems facing us, there is a huge requirement of funds for securing the completion of scores of projects all over the state.

"Side by side, the services of a very large number of workers, not all of whom may have been inducted against available vacancies or after following the due processes, need to be urgently examined for appropriate decisions. It is also necessary to ensure that all those who get paid from the state exchequer report timely for work and perform their tasks with due diligence," the governor said.

He said the administration was working assiduously to ensure that the resources available under the Prime Minister's Development Package of Rs 80,000 crore for the state and under the various pan-India flagship schemes were efficiently utilised.