Onion Price Hike: Here's Why Onions Are Getting Costlier

Onion Price Hike: Fall in kharif crop production, heavy rains, floods, supply shortage and distribution problems are some of the reasons for onions getting costlier. 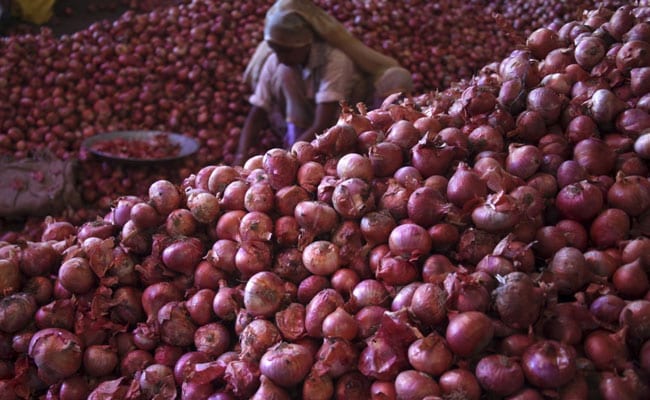 Onion Price Hike: Retail onion prices have shot up in a week due to supply shortage.

The onion prices in the open market have increased drastically over the past week in several parts of the country including Delhi, Bengaluru, Mumbai, Patna, Varanasi and Lucknow. Per the data maintained by consumer affairs ministry, retail onion prices have shot up in a week and stand at Rs 56 per kg in Mumbai and Delhi, Rs 48 per kg in Kolkata, Rs 34 per kg in Chennai. In Delhi, apples are cheaper than onions in the wholesale markets. While onion is being sold above Rs 50 per kg, the seasonal apple, of average quality, is available at Rs 30-40 per kg in the national capital, news agency IANS reported.

Reasons Why Onion Is Getting Costlier

Traders maintain that while there is enough supply of stored onions of the previous year's crop, its transportation has been affected due to heavy rains.

Traders further said that prices have also picked up on a likely fall in kharif or summer production owing to the lower planted area under onion after excess rains, according to sources, PTI said quoting sources. Currently, stored onions are being sold in most parts of the country and fresh kharif (summer) crop will hit the market from November onwards.

Steps Taken Up By Government To Address Onion Price Hike

With prices of onions seeing a surge for the past few weeks, the Union government had imposed a minimum export price of USD 85 per metric ton last week. The move is expected to curb onion exports and bring down the price in the domestic market.

The Centre has assured that the country has enough onion production and a buffer stock of 56,000 tonne has been created to address any shortage. About 16,000 tonnes has been offloaded so far. In Delhi, 200 tonnes a day is being offloaded.

Onion prices will calm down in the next few days with supply being boosted through agencies like Nafed, Agriculture Minister Narendra Singh Tomar said.

To give relief to consumers, central agencies Nafed and the NCCF have been selling onion from the buffer stock at Rs 22-23 per kg, while Mother Dairy's Safal stores are selling at Rs 23.90 per kg in Delhi.

The government will "wait and watch" the price situation for some time for imposing the stock limit, Food and Consumer Affairs Ram Vilas Paswan said.

The Centre has also withdrawn incentives and is cracking down on black marketeers.

(With Inputs from IANS, PTI)