The shortage of oxygen became a huge issue during the second wave. As hospitals struggled to cope, deaths of patients were reported from parts of the country and the matter ended up in several courts. 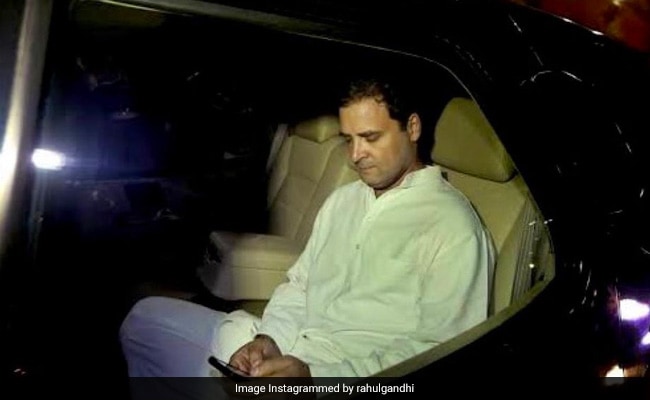 Rahul Gandhi on Oxygen Shortage: There was severe lack of sensitivity and truth -- then and now.

The Centre's statement on the lack of data on deaths due to oxygen shortage turned into a flashpoint between the BJP and the Congress on Tuesday. While several Congress leaders were harsh in their criticism of the government, Rahul Gandhi's tweet on the issue drew a sharp retort from Union Minister Giriraj Singh.

Shortage of oxygen became a huge issue during the second wave. As hospitals struggled to cope, deaths of patients were reported from parts of the country and the matter ended up in several courts. In Rajya Sabha on Tuesday, the Centre said in answer to a question that it has received no data from the states regarding any death due to oxygen shortage.

Later in the evening, Mr Gandhi tweeted in Hindi, tagging the news about the government's response. "It wasn't just the lack of oxygen. There was severe lack of sensitivity and truth -- then and now," his tweet read.

Mr Singh chose to retaliate in Italian. "I would say about this prince: He lacked the brain then, he misses it now and he will miss it forever. These lists are compiled by the states. You can tell the states governed by your party to submit modified lists. Until then stop lying," he posted in a reference to the party's pejoratives against Mr Gandhi.

Congress's KC Venugopal, who also asked the question on oxygen deaths in the Upper House, said he would move a privilege motion against junior health minister Bharati Praveen Pawar "for giving false information".

"This is a blind and unconcerned government. People have seen how many of their near and dear ones have died because of lack of oxygen," said KC Venugopal.

In Goa, more than 80 people died at a state-run medical facility over five days in May. In Tirupati, Andhra Pradesh,  11 Covid patients who were at the ICU of a hospital died after the supply of medical oxygen was disrupted.  At a hospital in Hyderabad, seven patients died at a government hospital during a two-hour cut in oxygen supply.

In most places the authorities have denied that the deaths took place due to oxygen shortage.

Last month the Centre had vetoed an investigation ordered by the Delhi government into the deaths caused by a lack of oxygen supply. At one hospital in Delhi, 21 patients died due to oxygen shortage and the matter is pending in the High Court.

Amid allegations about thousands of deaths in the second wave of the virus going unreported – triggered by the mass graves on the sandbanks of Ganga and the bodies floating down the river -- the government has contended that states are in charge of registering and providing death figures.

New health minister Mansukh Mandavia defended the government on the issue in the Lok Sabha,