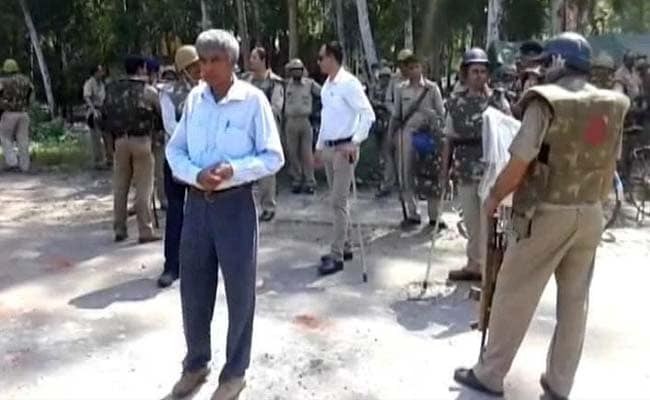 Dadri, Uttar Pradesh: Commenting on the mob killing of a Muslim man over rumours that he had eaten beef, a BJP leader today controversially said it was "excitement" that led to the incident.

Nawab Singh Nagar, a former lawmaker from Dadri in Uttar Pradesh, where the killing took place on Monday night, also appeared to justify the killing and described  as "innocent children" the young men arrested after the incident.

Mohammad Ikhlaq, 52, was lynched by some 100 men, allegedly over a rumour that he had slaughtered a calf and had beef in his house in a village around 35 km from Delhi.

Mr Nagar, who visited Ikhlaq's family, described what happened as sad but said: "If anybody was consuming cow meat then that is wrong."

Six of the attackers were arrested the same night. They are "innocent kids" and "children barely 10-15 years old," the BJP leader said.

The state's Samajwadi Party government, after an initial inquiry, has said that the rumours that allegedly drove the mob killing were false.

Ikhlaq and his 22-year-old son were dragged from their house, and kicked and beaten. Ikhlaq died on the spot while his son is critical.

The police are investigating who started the rumours in a part of western Uttar Pradesh that is prone to communal flare-ups.

Over 1.9 Crore Administered Covid Vaccine In India So Far: Centre