"Why Is Gulmarg Being Emptied?" Omar Abdullah Tweets On Kashmir Advisory 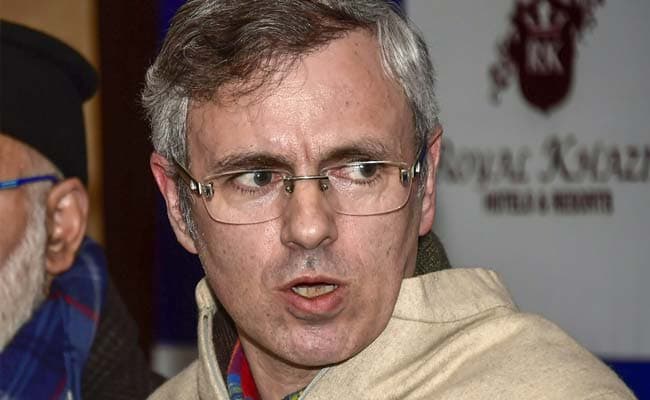 National Conference leader Omar Abdullah on Friday claimed that the people staying in hotels in Gulmarg were being forced to leave, hours after the Jammu and Kashmir government issued an advisory to the Amarnath Yatra pilgrims and tourists to "immediately" cut short their stay.

"Friends staying in hotels in Gulmarg are being forced to leave. State road transport corporation buses are being deployed to bus people out from Pahalgam and Gulmarg. If there is a threat to the yatra, why is Gulmarg being emptied?" he said in a series of tweets.

"I have so many questions and not a single answer. I've met people today who occupy important positions to do with J&K, not one of them was able to tell me anything and I've been CM for 6 years. Imagine the plight of your everyday Kashmiri who doesn't know what to believe," he added.

It's easy to accuse us of spreading fear but no one is bothering to tell the people what is happening so how do you expect that fear won't be a natural result of this situation that has been allowed to fester?

Although this unprecedented order would seem to suggest a genuine fear of a massive terror strike directed at Amarnath ji yatris or/and tourists this will do nothing to dampen the sense of fear & foreboding that prevails in the valley at the moment. https://t.co/qF99X0nAx6

"Complete chaos on the streets of Srinagar. People rushing to ATMs, petrol pumps and stocking up on essential supplies. Is GOI (Government of India) only concerned about the safety of yatris while Kashmiris have been left to their own devices?" she tweeted.

Reports suggest locals in Kashmir were rushing to buy essentials after the advisory. There were huge queues at fuel stations, medical shops and ATM machines.

The state government today advised the Amarnath Yatra pilgrims and tourists to leave the valley keeping in view the "latest intelligence inputs of terror threats".

"Keeping in view the latest intelligence inputs of terror threats, with specific targeting of the Amarnath Yatra, and given the prevailing security situation in the Kashmir Valley, in the interest of safety and security of the tourists and Amarnath Yatris, it is advised that they may curtail their stay in the valley immediately and take necessary measures to return as soon as possible," the state government's notice said.

There were confirmed intelligence reports that terrorists backed by the Pakistan Army were trying to disrupt the Amarnath Yatra, the army said today, revealing that a landmine and a sniper rifle were found on the route of the pilgrimage.