Achyuta Samanta said these institutes could go a long way in fighting poverty as "many talented children fail to complete their education for want of money". 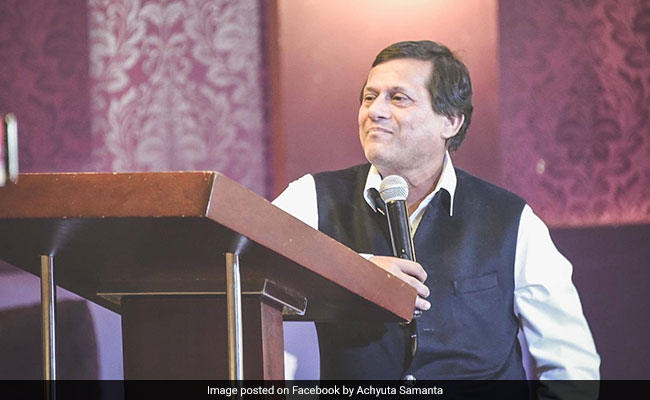 After the success of Odisha's Kalinga Institute of Social Sciences, which provides free education to nearly 30,000 tribal students, its founder Achyuta Samanta said he aspired to launch similar projects in other states to fight social ills of poverty and naxalism.

In his home state, the Kandhamal MP said ten new centers would come up soon in tribal-dominated areas, in addition to the parent institute at Bhubaneswar and satellite units elsewhere in Odisha.

Mr Samanta, during his interaction with media on Saturday night, a day after he appeared on the hot seat of "Kaun Banega Crorepati" (KBC) said institutes such as the one founded by him could go a long way in fighting poverty as "many talented children fail to complete their education for want of money".

In partnership with an NGO, the Kalinga Institute of Social Sciences (KISS) is working to set up an academy at Joka on the southern outskirts of Kolkata, he said.

"It is expected to start functioning from next year," he told reporters.

The 54-year-old professor, one of the seven siblings from a poor family of Cuttack district, said efforts are on to launch similar initiatives in Jharkhand and Bihar.

"Plans are also afoot to repeat our success in Bangladesh. KISS is working with an NGO to start a center exclusively for girls at Jessore area of the neighboring country, and another for boys at Dhaka, in partnership with a private university," said Mr Samanta on the show.

Talking about his experience on the show, where actress Tapsee Pannu was his co-participant, the parliamentarian said, "I had a great time. Encouraging words from Bachchan ji motivated us to work with greater energy."

Kalinga Institute of Social Sciences, set up in 1993 to wean away tribals from naxal influence, is a residential home that provides free education and health care to poor indigenous students - from kindergarten to post graduation.

Sprint queen Dutee Chand, who has won several laurels at home and abroad, is an alumnus of KISS.

Mr Samanta, during the KBC show on Friday, had appealed to people to make contributions for the education and welfare of the poor and the downtrodden.

Asked about the source of funds for KISS, the BJD MP said a portion of it comes from the turnover at Kalinga Institute of Industrial Technology (KIIT), another deemed university set up by him, along with contributions from employees, sale of products made by students and donations.

Praising Chief Minister Naveen Patnaik, who is also the BJD president, the parliamentarian said, "The CM has always inspired me to work for the success of KISS as well as KIIT, which receives students from across the country and abroad."

KIIT, deemed to be a university, has been recently recognized by the centre as an ''institute of eminence'' (IOE).

It joined the select league of 10 public and as many private universities which would be developed into world-class education hub under the IOE scheme of the Centre.

The institute has also been selected to host the first National University Games in February 2020 under the ''Khelo India'' programme of the central government.

Thieves Break Into 1,200-Year-Old Gujarat Temple In Search Of Treasure