Chief Minister Naveen Patnaik can be seen doing exercises, from cardio to pull-ups at Naveen Nivas, his official residence

Naveen Patnaik ends the video saying, he is "getting ready to fight for the people of Odisha".

As political parties across the country prepare for the election season, Odisha's ruling party, the Biju Janata Dal on Friday released a video of Chief Minister Naveen Patnaik "getting ready to fight for the people of Odisha".

According to sources, the video was released to put an end to speculations that the BJD chief is unwell. The video shows the chief minister's fitness regime as his party braces for a tough contest in the both the assembly and national elections.

Wearing a black t-shirt, Mr Patnaik can be seen doing exercises, from cardio to lifting weights at Naveen Nivas, his official residence. The 72-year-old chief minister's fitness regime includes stretching and even light jogging. He ends the video saying, he is "getting ready to fight for the people of Odisha". 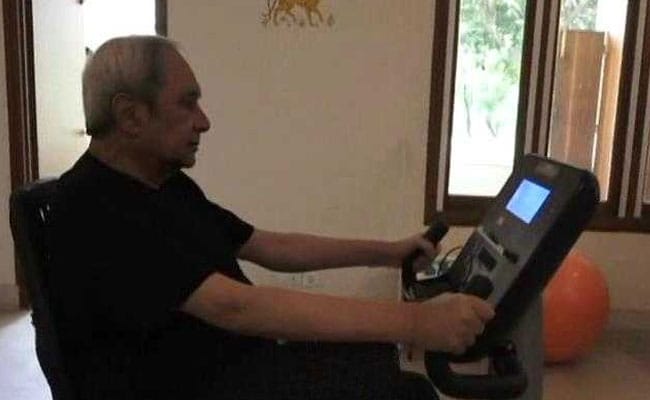 The longest serving chief minister in the state, Mr Patnaik is the son of the state's iconic leader Biju Patnaik, who formed the Biju Janata Dal after quitting the Janata Dal in 1997.

Over the last 20 years, he has gained popularity for his clean image and transparency in government. However, the BJP has been making inroad in the state and closing the gap in vote percentage.