In a joint resignation letter the leaders said that several leaders in the party have remained silent over various issues concerning the state fearing denial of tickets.

Bijoy Mohapatra and Dilip Ray put forth a joint resignation

The Odisha unit of BJP received a jolt on today when two national executive members Dilip Ray and Bijoy Mohapatra resigned from the party.

In a joint resignation letter signed by Mr Mohapatra and Mr Ray sent to BJP national president Amit Shah, they said that several leaders in the party have remained silent over various issues concerning the state fearing denial of tickets.

"The well meaning suggestions by us to you were construed as a threat by certain egocentric self servicing individuals who resorted to dirty tricks and a campaign was launched in our respective constituencies to try and deride us," they said in the letter. 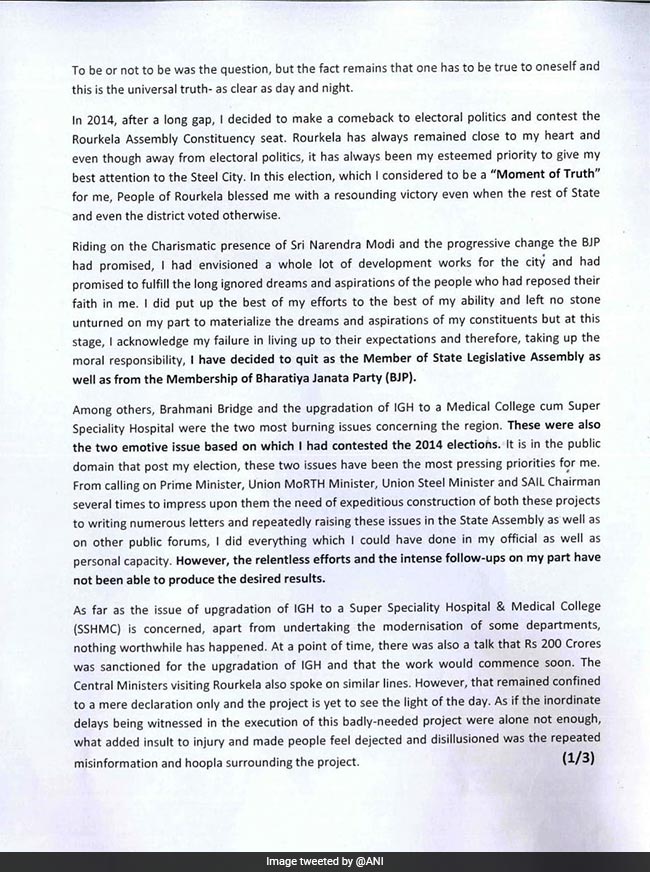 "As self-respecting politicians with decades of service to Odisha, we refuse to continue in the party as showpieces. We can't be treated as furniture in the party while the rootless talk big and project a larger than life image.

Mr Ray, the legislator from Rourkela Assembly constituency, also resigned from the membership of the Odisha Legislative Assembly on Friday.

"It is with deep anguish that I have decided to quit as the Member of State Legislative Assembly as well as from the Membership of Bharatiya Janata Party (BJP)," tweeted Mr Ray.