Bijayshree Routray was elected to Odisha assembly six times from the Basudevpur seat -- twice on Janata Dal ticket and four times as a BJD candidate. 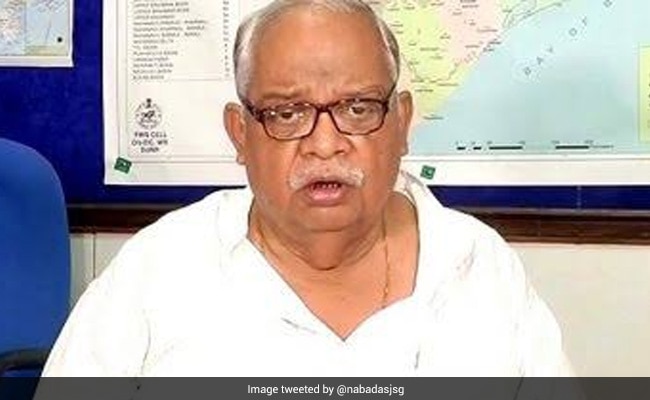 Odisha: BJD's Bijayshree Routray had decided not to contest the 2019 elections

Senior Biju Janata Dal (BJD) leader Bijayshree Routray died at a private hospital in Bhubaneswar on Wednesday, his family said. Mr Routray, also a former minister in the state government, was 67. He is survived by two sons and wife.

Mr Routray was undergoing treatment for post-COVID complications at the hospital.

"My father's blood pressure fell abnormally this morning and it could not be maintained," said his son Bishnubrata Routray, an MLA.

Mr Routray was elected to the state assembly six times from the Basudevpur seat -- twice on the Janata Dal ticket and four times as a BJD candidate.

The son of former chief minister Nilamani Routray, he entered the assembly for the first time in 1990. He has held several portfolios as a minister in the Naveen Patnaik government, including Health, Forest and Environment and Revenue.

Mr Routray decided not to contest the 2019 elections, and the party gave ticket to his son Bishnubrata.

After completing MA in Geography, Mr Routray joined Ravenshaw College as a lecturer. However, he quit the job and joined politics in 1980.

Chief Minister Naveen Patnaik described him as a very popular leader. He spoke to Mr Routray's son and family members and conveyed his condolence.

Assembly Speaker SN Patro said he and Mr Routray had been with Biju Patnaik since 1990. "He was one of my close friends. I had last met him 20-25 days ago and we had a long discussion," he said.

Andhra Pradesh Governor Biswa Bhusan Harichandan said, "I am deeply saddened by the demise of (Mr) Routray. His death has created a void in Odisha politics."