Number of hungry people in India drops by 6.5 per cent: UN body 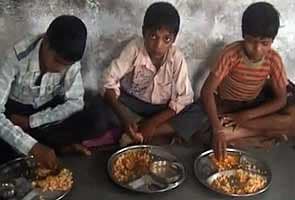 India, the world's second biggest wheat and rice grower, saw the number of people who suffered from chronic hunger drop by 6.5 per cent to 21.38 crore during 2011-13.

New Delhi: India, the world's second biggest wheat and rice grower, saw the number of people who suffered from chronic hunger drop by 6.5 per cent to 21.38 crore during 2011-13, according to a joint report by UN food agencies.

"Despite the progress made worldwide, marked differences in hunger reduction persist... The vast majority of hungry people live in developing regions." said the report by Food and Agriculture Organization, the International Fund for Agricultural Development and the World Food Programme.

At the global level, some 84.2 crore people in 2011-13 suffered from chronic hunger, not having enough food for an active and healthy life. Their number has fallen by 4 per cent from the 2008-10 level, it said.

Most of the world's undernourished people are still to be found in Southern Asia, closely followed by sub-Saharan Africa and Eastern Asia, the report said.

It underlined that economic growth is key for progress in hunger reduction. "But growth may not lead to more and better jobs and incomes for all, unless policies specifically target the poor.

"In poor countries, hunger and poverty reduction will only be achieved with growth that is not only sustained, but also broadly shared."

The report also stressed that the developing regions as a whole have made significant progress towards reaching the target of halving the proportion of hungry people by 2015.

The report has urged countries in these regions "to make considerable and immediate additional efforts" to meet the millennium development goals.

Promoted
Listen to the latest songs, only on JioSaavn.com
Rice and wheat production in India stood at 104.40 million tonne and 92.46 million tonne in 2012-13 crop year (July-June).