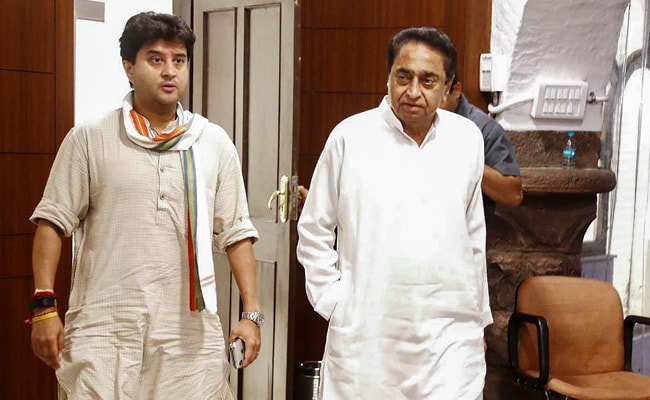 Madhya Pradesh Chief Minister Kamal Nath today denied he was upset with Congress colleague Jyotiraditya Scindia, but his phrasing left no doubt about a feud on the boil. "I never get upset at anybody. I was never upset even at Shivraj Singh Chouhan, then why should I be at Scindia," Kamal Nath said to reporter questions.

Kamal Nath and Jyotiraditya Scindia have been asked by the Congress leadership to meet this week and sort out their differences.

The public sparring between its two top Madhya Pradesh leaders has added to the Congress's picture of internal chaos also starring Milind Deora vs Ajay Maken and Sharmistha Mukherjee vs P Chidambaram.

Reports suggest the Congress has appointed a mediator to resolve the differences between Kamal Nath and Mr Scindia.

Their simmering rivalry resurfaced when Mr Scindia, a Congress general secretary who lost the national election last year, raised questions about what he called unfulfilled poll promises that the state government needed to push.

The Congress has tied to downplay the squabbling, with party spokesman Randeep Surjewala terming both Kamal Nath and Mr Scindia as "amongst the most dedicated leaders of the party". "What you see as spat is a manufactured one and the equation and relation between the two are cordial and great... both are working for strengthening the party," he said on Monday.

The dispute is particularly worrying for the Congress, with the Kamal Nath government surviving on a thin majority.